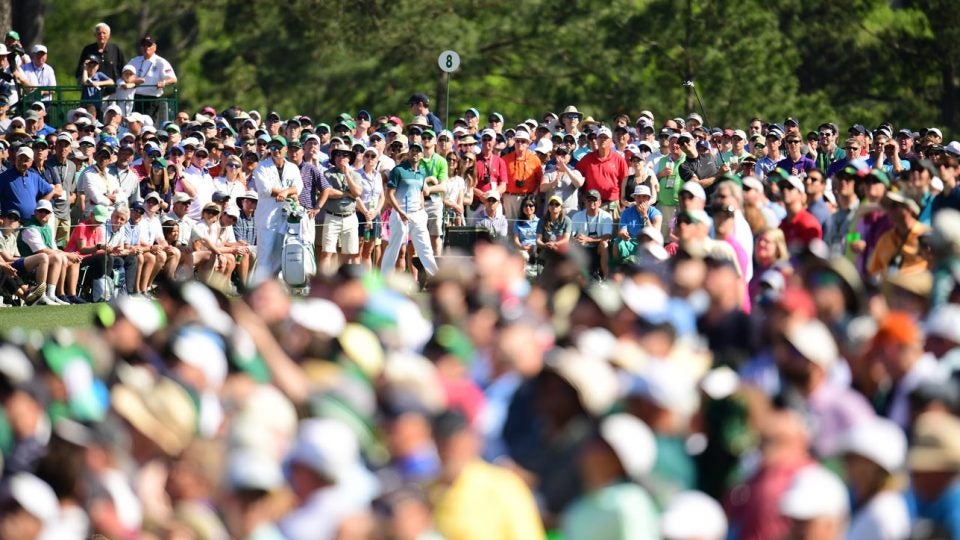 Justin Rose and Sergio Garcia on Sunday at the Masters.
Fred Vuich for Sports Illustrated

At the end of 72 holes at Augusta National, Sergio Garcia and Justin Rose were tied at the top of the leaderboard at the 2017 Masters. Beginning the day tied for the lead, both players fired three-under 69s in the final round to reach nine under, three shots better than Charl Schwartzel in third place.

Garcia got off to a hot start with birdies at the 1st and 3rd holes to reach eight under, two clear of Rose. But Rose battled back with three-straight birdies to finish the front nine even with Garcia at eight under.

The momentum then shifted in Rose’s direction when Garcia made bogeys at 10 and 11. But a clutch eagle by Sergio at 15 put them back in a tie. Both players made pars at the 18th hole to force a sudden-death playoff.