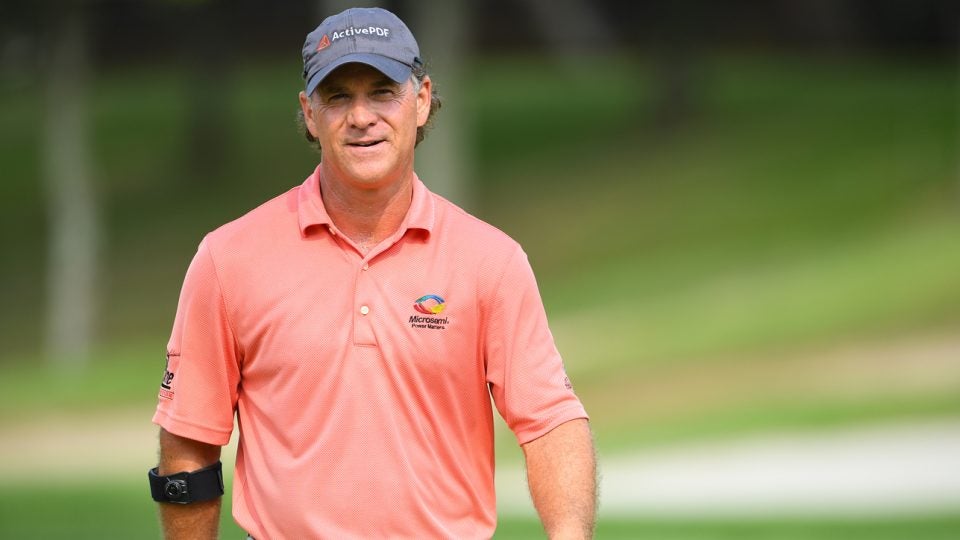 As usual, Bernhard Langer is the guy to beat on the Champions tour, but Scott McCarron has unexpectedly emerged as a co-headliner this year. With four wins — including a quote unquote major, the Senior Players — McCarron, 52, is running a strong second in Schwab Cup standing, and he has been been a powerful voice in defending himself and Langer against whispers that they are improperly anchoring their long putter.

In this freewheeling conversation taped a couple of weeks ago during the First Tee Open at Pebble Beach, McCarron riffed on his fastidious rival, the cheating accusations, his unusual athletic background, the long journey to the Tour and his recent “shotgun wedding,” among many other things.