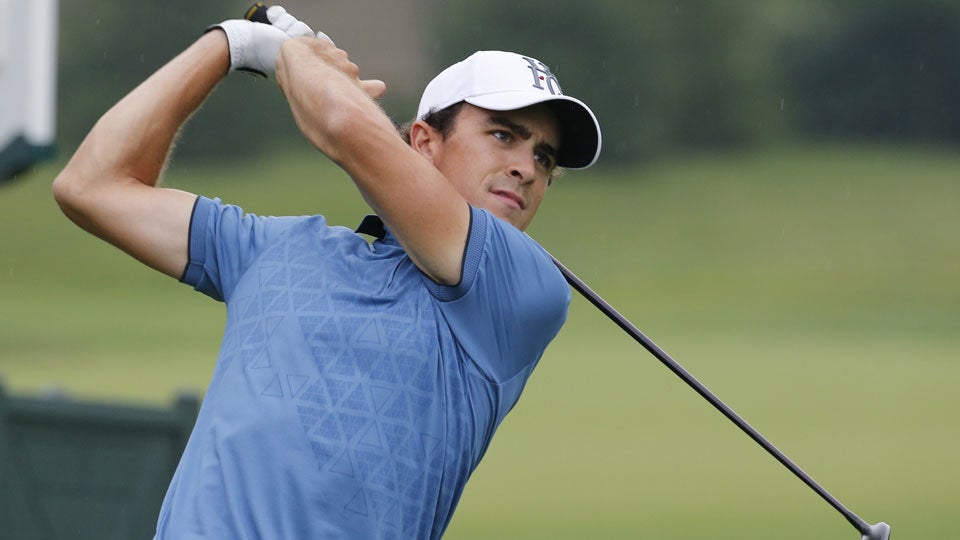 Scott Langley is not playing at the Sony Open this week, but the next check he cashes will be worth much more than a Tour victory.

According to initial reporting from Daniel Roberts at Yahoo, Langley has signed a deal with Fantex Holdings, a company that presents athletes as quasi-stocks in a publicly traded market. For Langley, the first golfer to sign with the company, the deal is worth $3.06 million, which he will receive up front. For Fantex (and its users) it is worth “15% of [Langley’s] future brand income,” according to the report.

Though the 26-year-old’s stock has yet to “go public” with Fantex, Langley joins one pitcher and nine football players that are currently available for purchase. In a sport where performance level decides a majority of a pro’s income, Langley has ensured that he will receive a substantial amount of money regardless of the amount of birdies he makes. The $3.06 million is greater than his career earnings to date on the PGA Tour and Web.com Tour.

As Roberts details throughout the article, Fantex is still very new and slowly gaining attention. It is expected to lump it’s roster of athletes into a basket which traders can buy on the New York Stock Exchange under the ticker FXSP.

Roberts also notes that the deal makes sense for a golfer of Langley’s stature, since his career has yet to provide a payday like the $3 million promised his way.