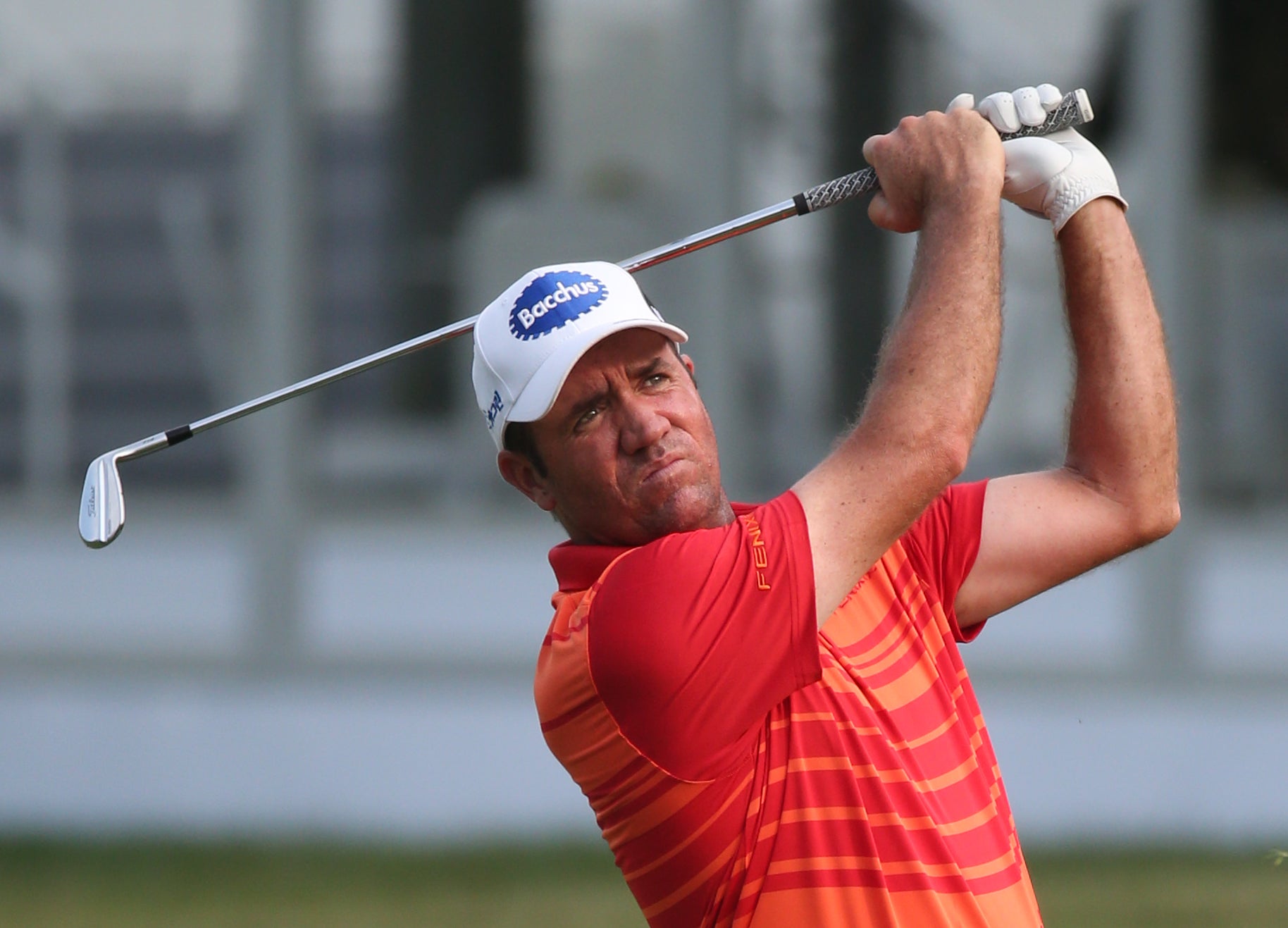 Scott Hend of Australia hits a shot from the fairway on the 17th hole during round 2 at the Hong Kong Open golf tournament in Hong Kong Friday, Oct. 23, 2015. (AP Photo/Kin
AP Photo/Kin Cheung

HUA HIN, Thailand (AP) Scott Hend took a share of the lead alongside Pelle Edberg by shooting an 8-under 64 Friday in the second round of the Thailand Classic.

The Australian, who was the runner-up last year, is tied with Edberg at 12-under 132 overall. He had six birdies and an eagle at the Black Mountain Golf Course

”It’s good to get into position once again for the weekend,” Hend said. ”We’ll see what happens.”

Panuphol Pittayarat (65) was a stroke behind in third, while first-round leader Peter Uihlein (71) is three shots off the lead.

Defending champion Andrew Dodt shot a second straight 73, failing to the make the cut at 142.