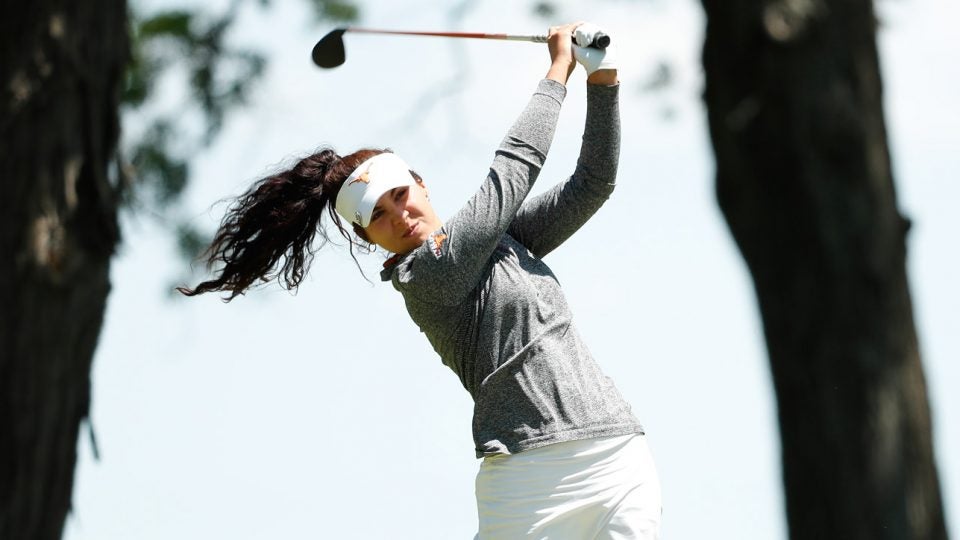 Sophia Schubert in action during the Division I Women's Golf Individual Championship held at Rich Harvest Farms on May 22, 2017.
Getty Images

CHULA VISTA, Calif. (AP) — Sophia Schubert birdied the first hole and cruised to a 6-and-5 victory over Albane Valenzuela in the final of the 117th U.S. Women’s Amateur Championship on Sunday.

The 21-year-old Schubert, of Oak Ridge, Tennessee, who will be a senior at Texas, is the first Longhorn to win the title since Kelli Kuehne won two straight in 1995 and 1996. She also ended a streak of nine straight teenage champions.

Valenzuela, 19, the reigning Pac-12 champion as a freshman at Stanford, was bidding to become the first winner from Switzerland and the first Cardinal to win in 34 years. She also birdied No. 1, but it was on the second round of the 36-hole final, the 19th hole, and was the only hole she won. It came after Schubert ended the first round at the San Diego Country Club plus-4.