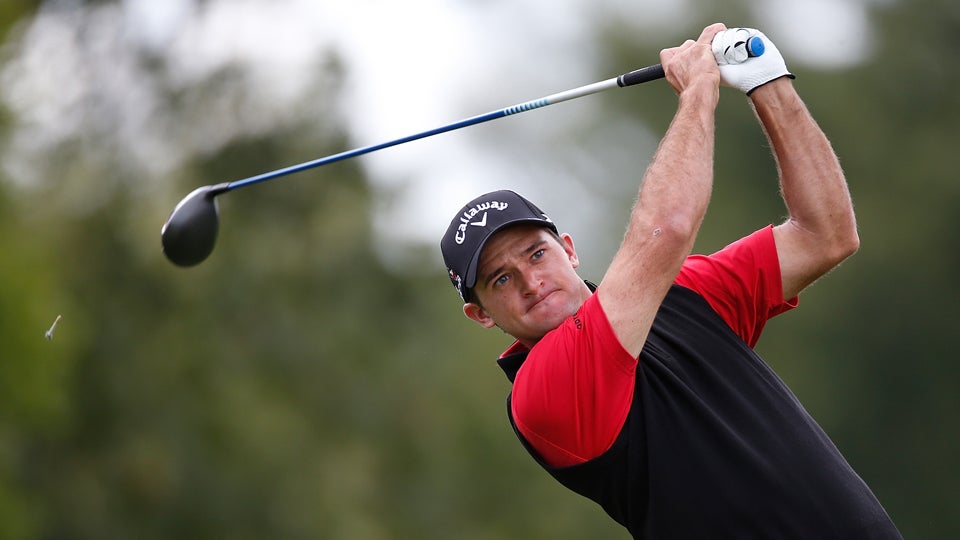 Sam Saunders watches his tee shot on the 2nd hole during the final round of the Web.com Tour's Hotel Fitness Championship at Sycamore Hills Golf Club on Sept. 13, 2015, in Fort Wayne, Indiana.
Gregory Shamus/Getty Images

Considering what happened to Sam Saunders a few weeks ago, his top-five finish at the Hotel Fitness Championship on Sunday was quite remarkable.

Playing in the opener of the Web.com Tour Finals, Saunders shot rounds of 68-72-65-69 at Sycamore Hills in Fort Wayne, Ind., to finish 14-under and tie for fourth.

Not bad, considering this came less than a month after he fractured his skull in late August.

Saunders, the grandson of golf legend Arnold Palmer, fell while riding an electric scooter toward the end of last month and suffered an epidural hematoma. He didn’t even take a full swing until the Friday before the Hotel Fitness Championship teed off.

Saunders told PGATour.com he also had a brain bleed in addition to a skull fracture. “I had a severe concussion and all that stuff,” he said. “I was unconscious for two minutes before the ambulance came. I spent a couple of nights in the hospital.”

Saunders already has conditional PGA Tour status for next year, but more strong finishes like this will further improve his status before the Web.com Tour Finals are over.