Ryder Cup: Michael Jordan Is Back 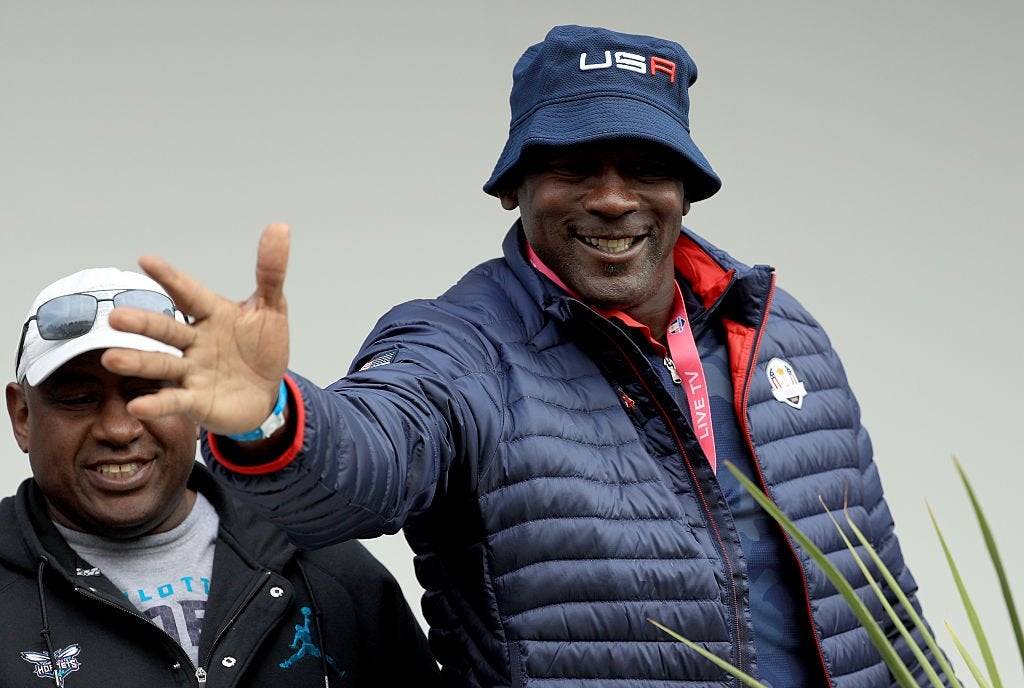 Michael Jordan is back at the Ryder Cup after attending in both 2012 and 2014.
Twitter.com/PGAcom

It wouldn’t be a Ryder Cup without basketball great Michael Jordan showing up.

Jordan is back, albeit not inside the ropes this year, but in a grandstand at Hazeltine. Jordan spent plenty of time with he U.S. team at both the Gleneagles and Medinah Ryder Cups in 2014 and 2012.

Jordan is a self-proclaimed golf junkie and always seems to find his way to the biennial event. GolfWeek’s Adam Schupak did his best to grab a photo of Jordan at the course Friday morning.

Michael Jordan watching @rydercup from the cheap seats. Did DL3 not give him all-access this time? pic.twitter.com/qA3ADTME9G