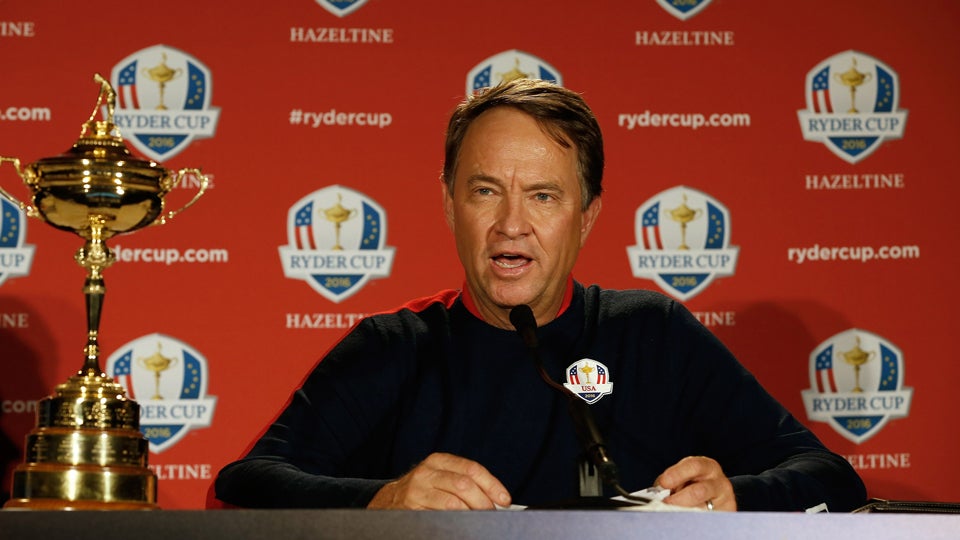 NEW YORK CITY — This year’s U.S. Ryder Cup team has a secret weapon working behind the scenes to bring the Cup back to America.

Davis Love III has brought in the number-crunchers.

Love’s 2016 Ryder Cup captaincy will be different in many ways from his 2012 venture, thanks to a team of statisticians, which he mentioned repeatedly during a press conference here Monday morning.

Those analysts (or “quants” for the data-inclined) are Scouts Consulting Group, a strategy firm in Arlington, Va., whose website states, “When your thinking stays fresh and you can see the world from different angles, great things happen.” For his second act as Ryder Cup captain, Love is going all-in on a numbers-based process to aid his decision-making.

“Now that we know who the top eight are, they can tell me, statistically, who is playing the best,” Love said. Scouts Consulting has presented Love with a statistics-based approach that, to quote the captain, is “way more sophisticated.”

In 2012, Love didn’t dive too deeply into numbers.

“I looked at ShotLink and went ‘Oh, that guy’s a good putter,'” he said.

With the Cup now four weeks away, Love has the quants grinding over the figures, and even had them run projections of how last weekend’s Barclays might turn out. He plans to keep them on hand as the FedEx playoffs continue and he mulls the four picks that will complete his team.

“Our alternate shot is a big part of how we pair [players], how we pick. Looking at Hazeltine and how it suits certain players, I think there’s going to be two obvious picks and then there’s going to be two we’re going to have to waffle about a little bit. The stats will help us narrow that down,” said Love, who added that everyone still alive in the FedEx Cup playoffs remains on his radar.

The numbers-focused approach mirrors the method used successfully by the Europeans in past Ryder Cups. It’s a departure from the traditional U.S. process, where less quantifiable figures, like experience, were often emphasized.

This time, experience won’t mean as much.

“We really don’t need it on our side,” he said before adding that rookies are more prepared than ever, and that his own best Ryder Cup performance came as a first-timer in 1993.

On Monday morning, Love used the term “trending” several times. He’s already scrutinized the Minnesota golf course and simulated what it will demand of his 12-man team. It’s all part of plan to keep things as simple as possible for his players.

“We have to have a playbook. [Right now, players] are obviously in the middle of the playoffs and we have to do all the work for them. We should overthink it, and make it easy for [the players] to tee it up.”