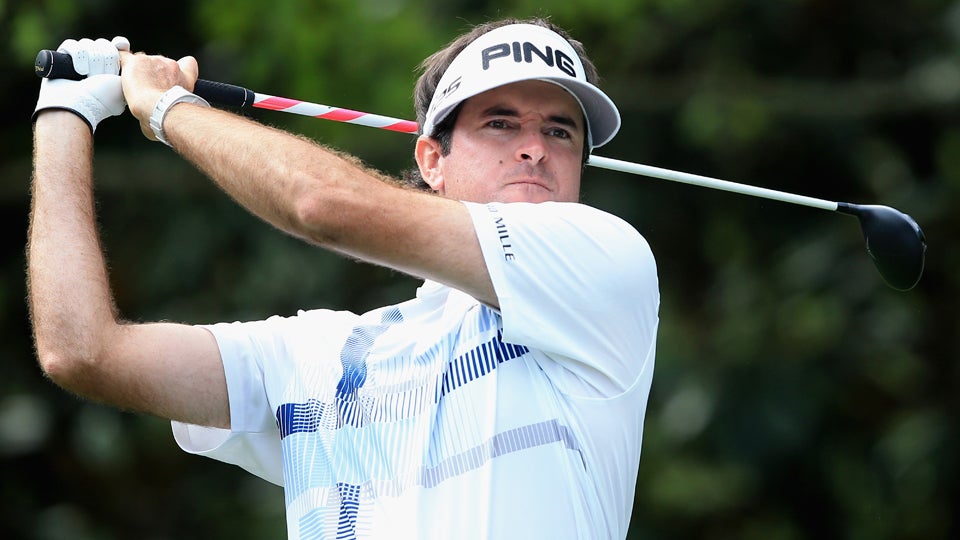 After a one-year absence, Tiger Woods is back at the Masters.

Woods announced Friday, less than a week before the first round starts, that he would be back at Augusta after missing the first major of the season for the first time in 20 years a year ago.

Now that we know Tiger is back, here’s our ever-changing list of some names to watch when the first major of the season kicks off at Augusta National.

Recently: T11 at the Arnold Palmer Invitational, T9 at WGC-Cadillac Championship, Cut at The Honda Classic

Rory’s file: Rory had a dynamite start to 2015 with a first and second in European Tour events, but his game has been a little shaky in his first three PGA Tour starts of the year. Thing is, he still finished no worse than T11 in his last two starts despite not playing his best, so that’s a scary thought for the field. He tied for eighth last year, which was by far his best finish at Augusta. However, even despite last year’s 71-69 on Saturday and Sunday, his weekend average the last four years at Augusta is just 73.9. Will the pressure of completing the career grand slam get to him?

Tiger’s file: Despite his recent struggles, Augusta National is a course many believe he can show up at and make the cut in his sleep. His average finish in 19 starts there is 13th, and he’s finished in the top 10 13 times. Still, he’s had chipping and back issues, so we’ll have to see how he holds up.

Bubba’s file: Bubba has won twice at Augusta – two of the last three years, actually – and a few of his famous Masters shots that will be shown over and over during this year’s telecast prove he can come up big when he needs to. His game is in great shape right now. Besides winning the WGC-HSBC Champions in November, he hasn’t finished worse than T14 in a tournament this season.

Jason’s file: He’s one of those players everyone is waiting on to win a major, but he’s been playing well this year. He can bomb the ball, which will obviously help him at Augusta, and he’s already won once this season, at the Farmers Insurance Open. He was third two years ago at the Masters.

Henrik Stenson (No. 2 in the world)

Henrik’s file: He’s been great this year, finishing fourth or better in three of his four starts. He ranks second on the Tour in strokes gained putting (1.004), but his putting down the stretch cost him a win at Bay Hill. You have to putt well to win at Augusta. Stenson, however, will have to get healthy for the Masters. He dropped out of the Shell Houston Open after coming down with the flu.

Jordan Spieth (No. 4 in the world)

Jordan’s file: Hey, now this is a trendy pick, isn’t it? Besides winning the Valspar a few weeks ago and finishing second and tied for second in two Texas tournaments, Spieth barely missed winning the Masters last year as a 20-year-old. He has six top 10s in nine events this season. Confidence is key, and there’s no reason to think his isn’t sky high right now.

Adam’s file: Well, he’s struggled with the putter this year after changing from the broomstick to the standard putter, but he’ll go back to the long putter for the Masters. Augusta has some of the fastest and most difficult greens on Tour, so putting issues usually don’t bode well for those sizing up green jackets.

Dustin Johnson (No. 7 in the world)

Dustin’s file: It’s been an odd year for DJ thus far, mainly because he either misses the cut (which he’s done twice) or he plays lights out (four top 10s, including a win). He’s that player everyone has been waiting for to break out, and maybe we are seeing it now. He tied for sixth at Valero by shooting 68-68 over the weekend, and he could have been in the mix to win if not for his opening-round 78 in windy conditions. If he’s ever been a contender for Augusta, this is the year. Jimmy’s file: You don’t hear his name come up as often as other PGA Tour stars, but Jimmy Walker is right up there. He’s coming off a win in San Antonio and was eighth at the Masters last year – which was just his first time in the tournament. He had three wins last year and two already this season, success that not many others have matched over the past two years. He was a late withdraw from the Shell Houston Open.

Phil’s file: No matter how he is playing, Lefty will always be one to watch at Augusta. He’s had some peculiar rounds as of late, though. He had nine-hole scores of 40 and 42 on the front nines during the weekend of the Valero Texas Open, and at the Shell Houston Open he followed a 66 and 67 with a 75 and 71 over the weeekend. Still, he’s won at Augusta three times and was third there in 2012.