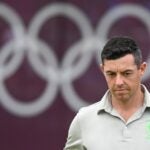 It would be fair for you to enter this article with skepticism. If you have an internet connection (which seems likely, since here you are) it’s been impossible to avoid the ocean of Simone Biles commentary, most of which lacks nuance or feeds into one side or other of the Great Online Culture War, which features many fighters but zero winners, thus far.

But there is a short list of athletes whose views on the matter should carry some weight. Michael Phelps, who like Biles has served as NBC’s unofficial Olympic Mascot, already lent his perspective on the “overwhelming” situation. Both Tiger Woods (who reportedly considered walking away from golf at his peak) and Michael Jordan (who was winning titles when he ditched hoops for baseball) could provide revealing testimony, but neither is on speed-dial. Luckily, we have Rory McIlroy. There are perhaps better golfers than McIlroy and better talkers, too, but nobody is better at both, which means he’s well-credentialed to weigh in on the matter.

“So, I live in the United States and anything that came on the TV, NBC or commercials about the Olympics, it was Simone Biles, it was the Simone Biles Olympics, right?” he said after his first round on Thursday. “So to have the weight of, what is it, total six million people combined in the island of Ireland. [In the U.S.,] you’ve got 300-whatever million, so the weight on her shoulders is massive.”

“Just as I thought Naomi Osaka was right to do what she did at the French Open and take that time off and get herself in the right place, I 100% percent agree with what Simone is doing as well,” he said. “I mean, you have to put yourself in the best position physically and mentally to be at your best and if you don’t feel like you’re at that or you’re in that position then you’re going to have to make those decisions, and I’m certainly very impressed with especially those two women to do what they did and put themselves first.”

McIlroy has acknowledged in the past that he hasn’t always found it easy to put himself first. The life of a high-profile professional athlete requires constantly saying “no,” which is particularly tough for those typically inclined toward “yes.” But this is all messy and complex; McIlroy also knows there are times that, as an athlete, he has to do things he doesn’t want to do. One example provided by a reporter involved answering questions about why he hasn’t won a Masters.

There’s no clear start-and-stop here. The sports world’s boundaries between job and brand and person are not obvious. But it’s increasingly clear that a modern generation of athletes in the spotlight need the option to say “no” at certain points. McIlroy was most helpful in defining the vague catch-all of “mental health” when it comes to athletes.

“Some people have to know when enough’s enough and I’m glad that at least the conversation has started,” he said. “There’s been a few athletes that have really spoken up, Michael Phelps, Kevin Love, Naomi Osaka, Simone Biles. I mean the conversation, it’s not taboo anymore. People can talk about it just as somebody has a knee or elbow injury, if you don’t feel right 100 percent right mentally that’s an injury too.”

The closest thing McIlroy experienced to the pressure Biles felt at this year’s Olympics was likely the 2019 Open Championship at Royal Portrush, just a short drive from McIlroy’s Northern Ireland hometown. He entered the event as his generation’s greatest golfer and as avatar for the event; the weight of Northern Ireland, not to mention NBC’s promotional team, sat squarely on his shoulders. My colleague Luke Kerr-Dineen wondered if he was facing as much single-tournament pressure as any golfer, ever. And it actually felt like a fair question.

He hit his first tee shot out of bounds and made 8.

In other words, McIlroy knows there are moments you can’t prepare for. He played on, of course, even though his swing and game felt off, and his fierce charge toward the cut line was some small triumph of the human spirit. Biles’ critics suggest she should have done the same. But it’s one thing to play golf without your mind right. It’s another to put your body into actual flight. Smart people have written about the “twisties,” where gymnasts suddenly lose the sense of where their body is in space. Imagine the yips, but in mid-air. In gymnastics, mental roadblock can soon become physical injury. The Washington Post put it particularly well:

“After experiencing the twisties once, it’s very difficult to forget. Instinct gets replaced by thought. Thought quickly leads to worry. Worry is difficult to escape.”

Plenty of mental challenges in the golf world are similarly difficult to escape. McIlroy knows that. But he suggests that he has the advantage of age, too; he recognizes that sports provide what he called “fake pressure” and has worked in recent years to block out some of the mental clutter. He ditched Twitter. Limited his news consumption. Watched less Golf Channel.

“I certainly have a few more tools in my mental tool box to deal with things than I maybe had a few years ago. Again it’s just trying to put yourself in an environment that you can thrive in and that’s the bottom line,” he said.

It’s worth revisiting that scene at Portrush once more just because of the powerful effect it had on McIlroy.

“I feel like I get a lot of support everywhere I go, but I really felt it today,” McIlroy told Golf Channel, choking back tears.

On Thursday, Biles confirmed that she was out of the rest of the Olympics.

“The outpouring of love & support I’ve received has made me realize I’m more than my accomplishments and gymnastics which I never truly believed before,” she wrote on Twitter.

The easiest narrative in sport is following a hero’s journey. The hero battled obstacles, overcomes them and ultimately succeeds. But far more often the realities of sport are messy. Athletes envision things going one way and then they go another. Heroes go down with injuries. They’re just often more easily diagnosed than this one.

“When you hear the most decorated Olympian ever talk about his struggles and then probably the greatest gymnast ever talk about her struggles, then it encourages more people that have felt that way to come out and share how they felt,” McIlroy said. He again brought up Naomi Osaka, who suffered an early round defeat earlier in the week. “I know it didn’t play out the way she wanted it too, but it certainly started a great conversation.”

There’s an old coaching cliche that in sports, you learn a lot more from losing than winning. Old coaching cliches can seem too simple for our tangled world. “Losing” wouldn’t encapsulate Biles’ week. “Winning” wouldn’t, either. But she and McIlroy and the rest of the Olympic Village and the entire take-obsessed internet could do some learning nonetheless. We can hope.