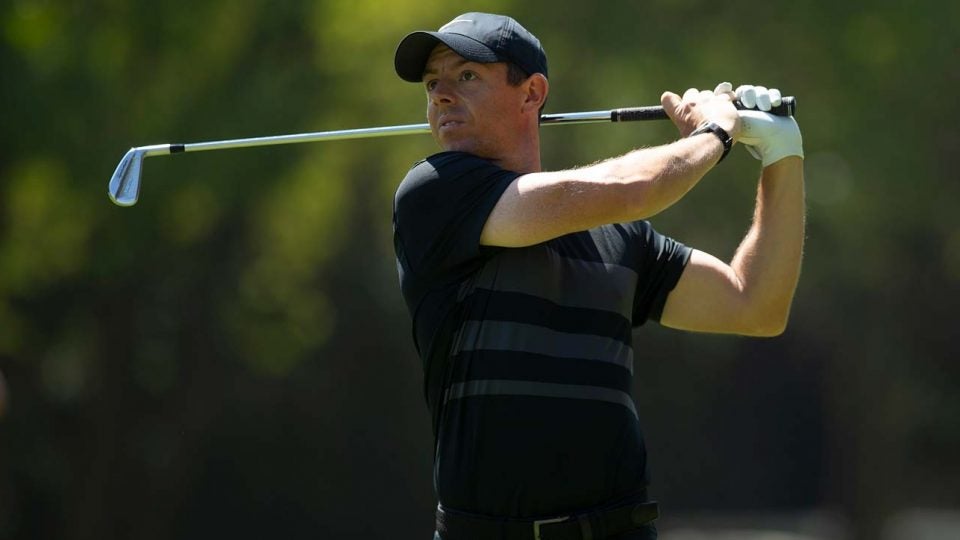 Rory McIlroy always hits the ball a long way, but this week he's taken it to another level.
Getty Images

On Thursday, Rory McIlroy stepped up to the 621-yard par-5 11th hole at Golf Club de Chapultepec and laced a 347-yard tee shot down the fairway. Facing down a 274-yard approach shot, McIlroy grabbed 4-iron from his bag. 4-iron!

You’ve likely heard by now that this week’s WGC-Mexico Championship is being played at elevation — some 7,800+ feet above sea level — but seeing some of the yardages golf’s bombers are now hitting the ball is truly next-level. That 4-iron? McIlroy actually hit it too far, flying it pin-high and rolling out to 279 yards total. He buried the 17-footer for eagle.

“Yeah, it was a 4-iron from like 275,” McIlroy said nonchalantly. “It was really good. I was in between 4 and the rescue I’m carrying, but the wind just died down a touch and I was able to hit a good 4-iron in there.”

It’s a far cry from the sea-level yardages McIlroy and the rest of the Genesis Invitational field were playing last week in Los Angeles. But as McIlroy pointed out post-round, once the shock factor wears off, he just has to adjust to his new numbers.

“It plays a lot different. I mean, at the end of the day, it’s just a number, so if I know that this week my wedge goes 170, then that’s what I do, and I just have to trust that that’s what it goes. My 9-iron goes 180 in, my 8-iron goes 200, my 7 goes whatever, and as long as you trust those numbers and know that it is going to go that distance, it doesn’t really matter what club you’re using.”

The PGA Tour released a list of McIlroy’s “stock yardages.” See ’em for yourself:

If that makes the math more difficult, well, McIlroy didn’t show that on Thursday. He fired a 6-under 64 to take a two-stroke lead.