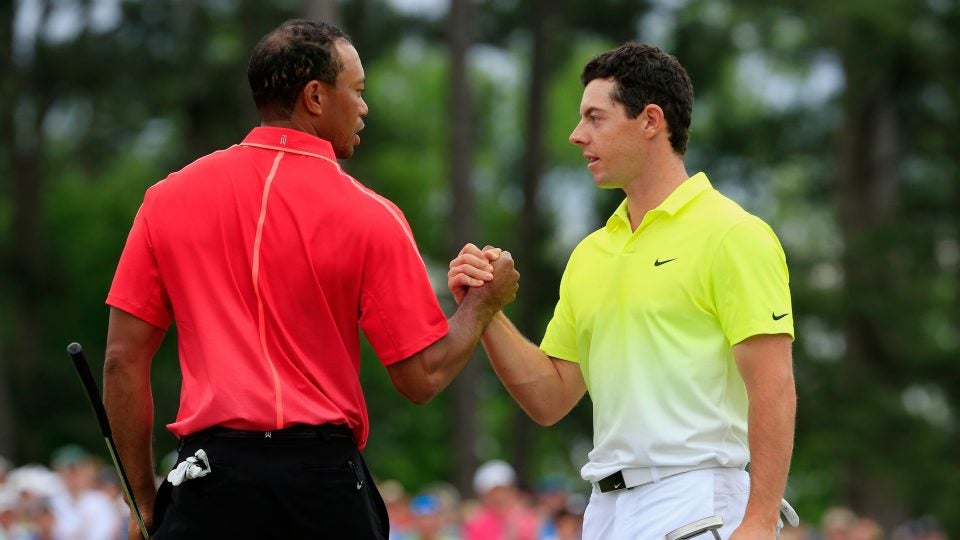 Tiger Woods and Rory McIlroy shake hands on the 18th green during the final round of the 2015 Masters Tournament.
Getty Images

It was a busy week for Rory McIlroy ahead of his return to golf following a rib injury earlier this year. On McIlroy’s schedule? A round with President Donald Trump, a round with World No. 1 Dustin Johnson and lunch with 14-time major winner Tiger Woods.

McIlroy didn’t say whether or not Woods would be back in playing form soon, but did say Woods was in “good spirits.” Woods didn’t play in both the Genesis Open and Honda Classic after being plagued by back spasms at the European Tour’s Dubai Desert Classic.

Woods has busied himself with rebranding his course design firm and foundation, TGR, over the last few months. After his much-heralded return to professional golf at December’s Hero World Challenge, it’s been touch and go for the 41-year-old, who was ordered by his doctor to rest after his back spasms.

McIlroy didn’t let on when he thought Woods would be back, but hopes it will be soon.