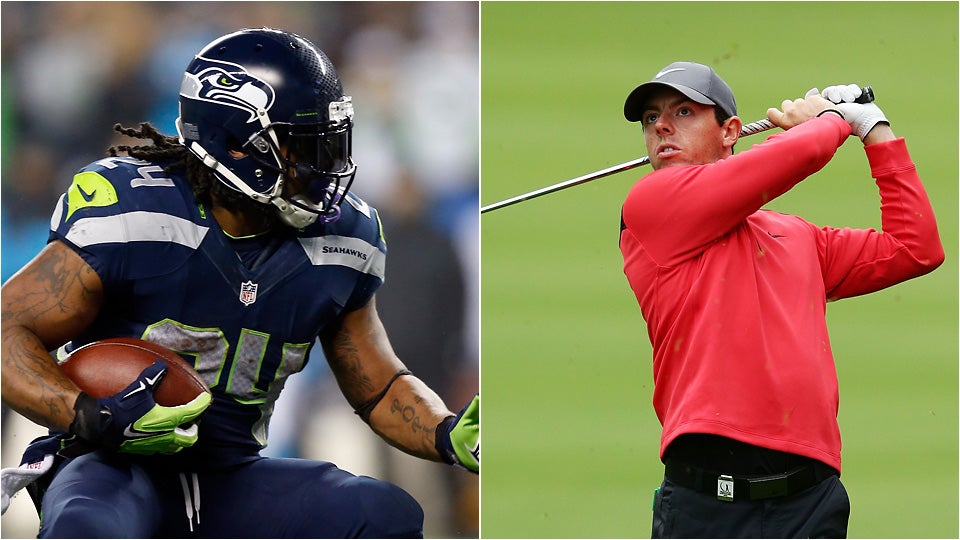 Rory McIlroy said he respects the decision of athletes like Marshawn Lynch who choose not to interact with the press.
Getty Images

Rory McIlroy wins almost as much praise for his accessibility and ease with the media as for his beautiful golf swing and major championships, but he supports Seattle Seahawks running back Marshawn Lynch’s season-long refusal to answer reporters’ questions.

The 28-year-old running back has already been fined $100,000 by the league for refusing to cooperate with the media, and following the Seattle Seahawk’s 31-17 victory over the Carolina Panthers on Saturday, Lynch repeated the same terse response to every postgame question from reporters: “I’m thankful.”

McIlroy, who follows the NFL, soccer and the NBA avidly on social media, tweeted his approval.

Love this! Paid to play not answer questions “@SportsCenter: Marshawn Lynch after every question in his postgame interview, “I’m thankful.”

True to form, McIlroy also engaged with his Twitter followers on the topic of Lynch’s stonewalling.

@ali24867 shouldn’t put someone in an environment they aren’t comfortable in. Luckily I am comfortable so it’s not a problem for me….

@JournoMatCleary because we’re good at it….

Do you agree with Rory McIlroy about Marshawn Lynch’s refusal to talk to the media after games? Join the debate in the comments section below.