Rory McIlroy, After Lost Season, Works to Reclaim His Throne 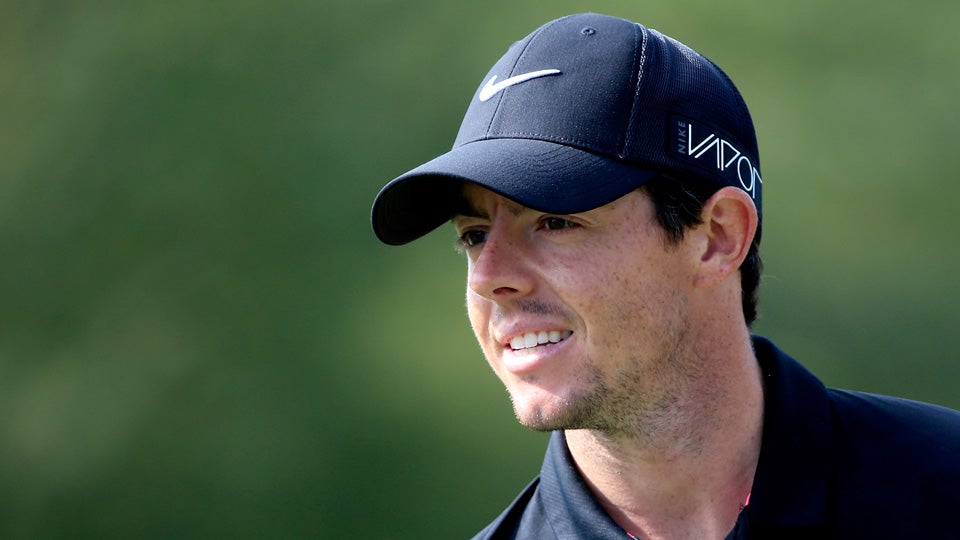 Rory McIlroy smiles during a practice round for the Tour Championship at East Lake Golf Club on Sept. 23, 2015, in Atlanta, Georgia.
Sam Greenwood/Getty Images

“Jordan is sort of like Jack, methodical and he does everything that way,” McIlroy said Wednesday. “I would be Gary because I’m the smallest. I guess that would leave Jason as Arnie. But who knows, it’s probably a little early to talk that way.”

Day has a shorter version of how the New Big Three aligns.

“It’s like Jordan Spieth and Rory McIlroy had a baby and I was it,” Day said, laughing. “Because I’ve got Rory’s length and I’m hoping I’ve got Jordan’s touch.”

These are golden times in golf. Suddenly, there are three major stars from three different parts of the world, underlining the game’s expanding global interest. And they’re three very likable, open and forthright guys, a direct contrast to the me-against-the-world bunker mentality of Tiger Woods.

Back to the New Big Three, though, it’s ironic that McIlroy joked that he’s the smallest since he is the most ripped, muscle-wise. At the same time, McIlroy is currently the least relevant of the New Big Three. This was an off-year for him. He had two wins early, injured his ankle playing soccer and was not a factor in the major championships.

Spieth likes to say it’s a what-have-you-done-for-me-lately world and in that regard, McIlroy is the odd man out in the Big Three. He’s won four majors, he got to No. 1 in the world long before Spieth or Day, but lately, well, he’s been badly overshadowed.

Day currently owns the top spot in the rankings, having moved up last week by winning the BMW Championship. McIlroy was asked how tough it might be for Day to hang onto that position.

“Hopefully, very tough,” he joked. “It’s a cool thing to do, knowing you have to win to do it. It’s deserved. Jason has that title, he is the best player in the world right now. I don’t think anyone can argue with that. I’m just one of the guys who are going to try to make it tough for him to stay there.” McIlroy has twice as many majors as Spieth and four times as many as Day. But Spieth snagged two this year and Day has won four of the last six tournaments he’s played. McIlroy’s victories early this year at the Wells Fargo and in the World Match Play at Harding Park seem long, long ago, much less his Shot In The Dark major title at Valhalla in 2014.

“It hasn’t been the season I hoped for,” he admitted. “It wont’ be a year that I look back on at the end of my career. It was a learning curve but not one with great success.”

Interesting, disappointing and unfulfilling were words he used to try to describe it. Not winning a major may not seem that difficult to deal with, but when you’ve already won four and were expecting to add to that total by one or more and you didn’t, that was a comedown. Plus, he had to sit out the British Open at St. Andrews, an epochal event.

“Missing arguably the biggest tournament that we have,” he said with a shake of the head. “The Open at St. Andrews only comes around once every five years. Having to sit that one out, that was one of the disappointing moments.”

Spieth had the year that McIlroy dreamed of. He won two majors, nearly won the Open at St. Andrews and he chased Day all the way to his record-setting finish at the PGA Championship.

The Player of the Year issue is open and shut to McIlroy. It’s Spieth, even if Day wins a fifth time this week here at the Tour Championship and collects the FedEx Cup $10 million bonus. Why? It’s the majors, stupid.

“The majors trump anything else,” McIlroy said. “Winning two majors, going 54 under par in the four majors. Obviously, there’s a ballot at the end of the year. I know who I would be voting for. And that’s no disrespect to Jason at all. He’s been great. He’s been the best player for the last three months but you’ve got to go on majors and Jordan was the best player in those tournaments.”

It’s not as if McIlroy has played badly since returning from the ankle injury. You can see his class in his results. Check out this run since April: Masters, fourth; Match Play, first; Players, eighth; Wells Fargo, first; U.S. Open, ninth; PGA, 17th; Deutsche Bank, 29th; BMW Championship, fourth.

McIlroy finished fourth last week despite battling his putter. It wasn’t a close fourth but because Day shot 22 under par, everybody else was largely playing for the B Flight Championship. 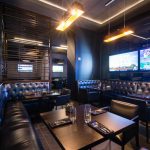 You may also like Inside Tiger Woods’ Restaurant in Jupiter, Fla.

Once he gets his putter working, McIlroy figures to be dangerous again. He didn’t get those four majors by accident.

“In golf, you go with one thought for a while and all of a sudden, that doesn’t work anymore and then you’re trying to figure out another thought to go with,” he said. “Last year, I got to the course every morning and holed whatever it was putts in a row. It was more of a repetitive thing and a routine. In parts of the year, I felt I was standing in the same place too long just doing that over and over instead of going around the green and working on green reading and things you do on the course. I feel like I was doing drills too much. The last two months, I’ve gotten away from the drills. I think I need to find a balance, that’s what I’m trying to do at the moment.”

McIlroy is one of the reasons golf is in such a good place at the moment. It’s been all Day and Spieth the last two months but with Tiger and Phil nearing the end of their contending years, McIlroy should be the big dog of the New Big Three. Maybe he will be again. He might start this week by snagging the Tour Championship.

Since he is not among the top five on the points list, a win here wouldn’t guarantee that he’d win the $10 million FedEx Cup bonus. Not that he needs the money, given his career highlights and the $250 million deal he signed with Nike a few years ago. 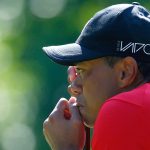 You may also like Jason Day, Suzann Pettersen and Tiger Woods in This Week’s Heroes & Zeros

He’s playing for trophies, not money, something that players have to advance to. It wasn’t always that way for McIlroy.

“I remember I wanted this one watch, I was sort of looking at it for a while,” McIlroy said. “I remember it was the week after the Dunhill Links in 2007 (he finished third). It was one of the bigger prize funds on the European Tour. At this stage the money from the European Tour was just going into my debit account, whatever bank I was using in Ireland. I went to get money out of the ATM the week after, and the check had obviously been put in. I wanted to check my balance. It was like, 220,000 pounds. I went straight to the store and bought that watch.”

His story brought big laughs from a roomful of reporters.

“It’s something I’ll remember for the rest of my life,” he said. “I’d been a pro three or four weeks, I had never seen that amount of money before, I didn’t have a clue about taxes or anything. I just saw the amount of money and was like, Yes, I’m going to get this watch. It was cool.”

Where is that watch now?

McIlroy took a moment to think, then chuckled and answered, “I’m not sure.”

His watch is forgotten but McIlroy isn’t. He may be the smallest of the New Big Three at the moment, but that can change with the tick of a clock.