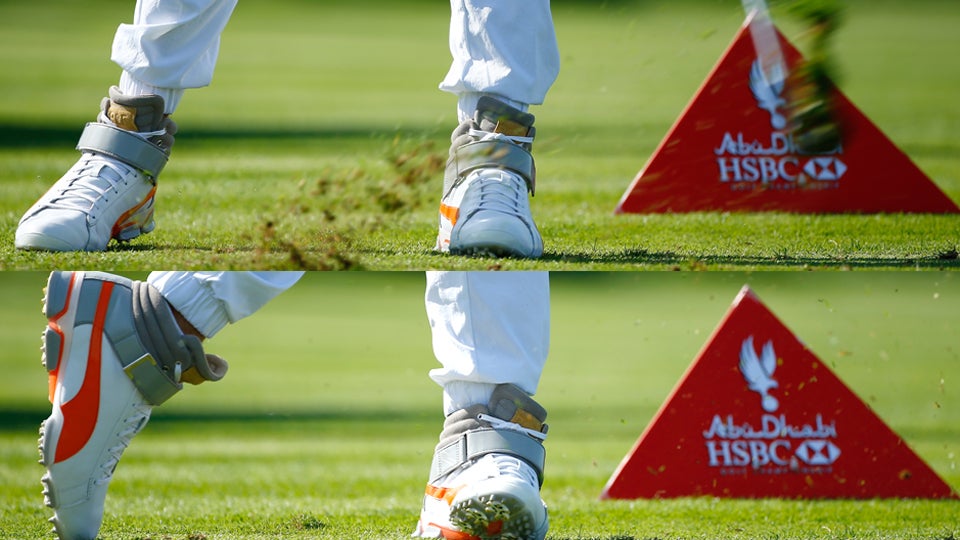 While he’s always been known for his flat-billed hats, Sunday orange and a wide variety of other bright colors, Fowler might have become the first pro golfer ever to win a tournament in high-top shoes. (For some reason, this is not an official statistic kept by the European and PGA tours.)

Fowler unveiled his high-top Pumas — and joggers — at the Hyundai Tournament of Champions earlier this month, and he wore them both again this week while winning the Abu Dhabi HSBC Championship.

After the victory, while speaking via phone to Golf Channel’s Morning Drive, host Cara Robinson asked Fowler if the high-tops and joggers are here to stay.

Here’s a few looks at Fowler’s shoes he wore on Sunday.