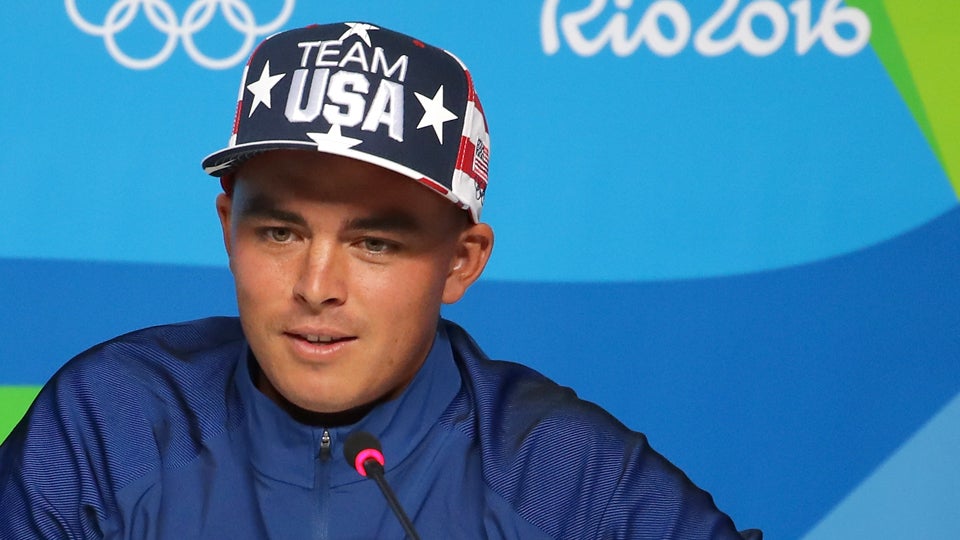 Rickie Fowler said other athletes are "almost thanking him" for coming to Rio.
Getty Images

Rickie Fowler, one of the four men’s golfers representing the United States in the Olympic Games, said other athletes are “almost thanking” him for making the trip to Rio.

Americans Jordan Spieth and Dustin Johnson withdrew from Olympic consideration — as did Australia’s Jason Day, Ireland’s Rory McIlroy and South Africa’s Louis Oosthuizen, to name a few — and some worried how far the dominos would fall. Patrick Reed and Matt Kuchar slid into qualifying spots with Spieth and Johnson opting out, joining Fowler and Bubba Watson on the U.S. squad.

“We all respect the decisions that were made; whether it was anything around schedule or health concerns or worried about security, and that’s possibly one thing I’ve relayed back since we’ve been down here,” Fowler said during his Tuesday press conference. “I haven’t had a problem and I definitely feel safe here. Whether I’m in the village venues getting transported back and forth; I know mosquitos were brought up earlier. I’ve seen a couple but nothing crazy. We talked about trying to make some of the guys jealous. Like I said, I feel like I’ve done a pretty good job of that.”

And so far, so good, for the players who decided to brave Rio. Fowler said other athletes have asked about the absence of the world’s top golfers, “the most about Jordan and Rory,” he said, but the golfers who did come to Rio are appreciated.

“I have had a very warm welcome from fellow U.S. athletes and other athletes around the village, almost thanking me for being here,” he said. “It’s a really cool feeling to see them, and them kind of reaching out. Like I said, not just from the U.S., but other countries, as well. Just they in a way appreciate that we wanted to make the trip down and wanted to represent our country. So it gives you a little bit more appreciation for what the Olympics is.”

Fowler tees off at 9:58 a.m. EST on Thursday with Justin Rose and Jhonattan Vegas.