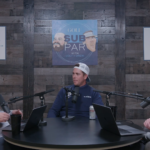 GOLF's Subpar: Luke List explains how the push for distance is impacting competition on the PGA Tour 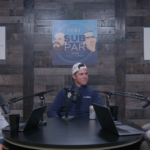 GOLF's Subpar: Luke List talks the hardest thing to do on the PGA Tour

In many ways, the Olympics are cut from the same cloth as the major championships. The history, the pageantry, (and yes, even the food) draws the attention of fans far and wide.

And yet, the Olympics are a totally different experience from anything in golf — a point defended by Rickie Fowler, a perennial major championship name.

“It’s an iconic event, historic, going back as far as you want to go. It’s the Olympics,” Fowler said. “You watch the opening ceremonies, see everyone walk, everyone represent their country.”

On this week’s episode of GOLF’s Subpar, Fowler discussed his experience at the 2016 Summer Olympics in Rio De Janeiro with hosts Colt Knost and Drew Stoltz.

“I got to walk in the opening ceremonies and that’s a dream come true of basically a dream I was never able to have because golf wasn’t there,” he said. “You always thought, it’d be awesome to walk opening or closing or be at the Olympics. But golf wasn’t an option. I’m not fast enough, I can’t jump high enough — I can’t do any other Olympic sports well enough.”

Fowler’s experience in Rio only underscored the biggest difference between Olympic competition and the majors: they don’t command the same reverence … yet.

“I don’t think golfers in our space can truly appreciate the Olympics,” he said. “For my wife Allison, a pole vaulter, the Olympics were the absolute pinnacle of her career.”

“[The village is] basically like high-rise condos,” Fowler said. “The U.S. had their own just because of how many athletes we had down there. It literally is a village.”

Perhaps no area was more humbling for the golfers in Rio than at the training facility.

“Go down, they have a big gym where everyone can train at,” he said. “Went in there a few times, did some golf movements. Looked pretty cool when I’ve got a chick over here just deadlifitng a lot more than what I weigh and what I’m doing. Troy, my trainer, was like, ‘yeah, let’s just wrap it up and go.'”

Still, the experience was one-of-a-kind, from the Gil Hanse-designed track all the way down to the culinary options.

“Where I had some of the most fun was just in the dining hall,” Fowler said. “You walk in the middle, they’re scanning everyone’s passes, and from the middle split it’s about probably 400 yards wide and about a hundred yards deep and you’ve got identical buffets from food from all over the world. Just go in and grab a table and you’ve got hundreds of athletes around you.”

To hear the rest of Fowler’s Subpar interview, watch the video below, or download the episode on Apple Podcasts, Spotify or wherever podcasts are found.