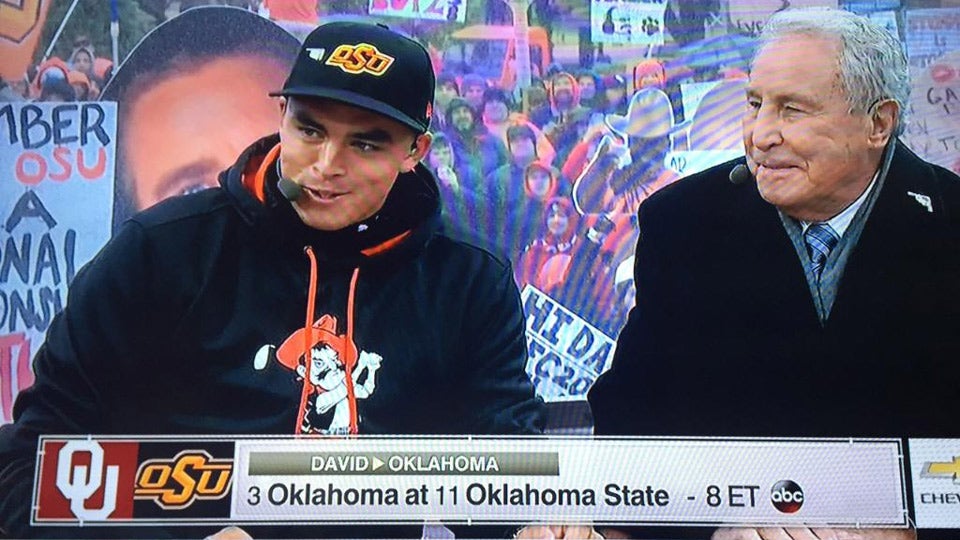 Rickie Fowler has been a superstar in the golf world from day one, long before he captured the 2015 Players Championship and started routinely contending in major championships.

And if you’re a Fowler fan, or even a casual observer of golf, surely you’ve heard him talk passionately about his alma mater, Oklahoma State, and its football team. Even his trademark all-orange Sunday outfit is a nod to the Cowboys.

On Saturday, Fowler joined the GameDay crew prior to the start of the Oklahoma-Oklahoma State rivalry game. It goes without saying whom Fowler picked to win, but the real excitement came from analyst Lee Corso. When Corso also picked the Cowboys, he celebrated by firing off a few rounds from a shotgun into the sky, the second of which was a little too close for comfort for Rickie.

Watch the Vine of the incident below: