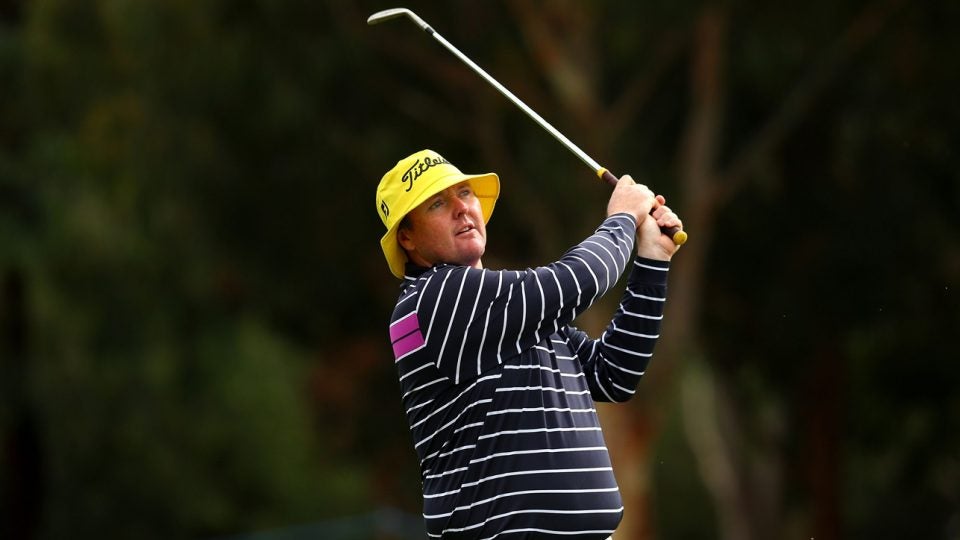 Jarrod Lyle plays a shot from the fairway during the Pro-Am ahead of the 2015 Australian Masters at Huntingdale Golf Course.
Getty Images

Jarrod Lyle is in a hospital getting treatment following a recurrence of the cancer he has twice overcome.

Golf Australia issued a statement Wednesday on behalf of the Lyle family, saying the 35-year-old golfer was in Royal Melbourne Hospital for what doctors suspect will be a third fight against leukemia. He beat the acute myeloid leukemia in 1998 and in 2012.

Lyle’s wife, Briony, later was quoted on the Sydney Morning Herald newspaper’s website as saying the diagnosis had been confirmed.

“We’ve just received confirmation that Jarrod does have a relapse of AML, which is what he’s had twice already,” Briony Lyle was quoted as saying. “Right now, as we’re in this room, he’s beginning his chemotherapy treatment. We’re not sure how long it will be for. The aim of it is to get him into remission.”

A routine blood test returned abnormal results and Lyle was immediately admitted to a hospital and placed under the care of his previous medical specialist.

“The doctor said today it is a curative intent. The aim is to provide some sort of a cure,” Briony Lyle was quoted as saying in the newspaper. “They’re still doing quite a few more tests. He will require another transplant and it does sound as if the technology has come a long way in the past five years.

“He’s got a good track record and that’s what everyone keeps reminding themselves. He’s done it before, why not a third time? That’s the goal.”

Lyle was first diagnosed with acute myeloid leukemia at age 17 and was declared in remission two years later. After playing on the Australasian, Nationwide and PGA Tours, Lyle had a relapse in 2012 – not long after starting the year with a fourth-place finish at the Northern Trust Open in Los Angeles and after the birth of his first child. He again underwent life-saving treatment.

He returned to the United States in 2015 to use his medical exemption in an attempt to win back his PGA Tour card but missed out and returned to live in Australia in 2016.