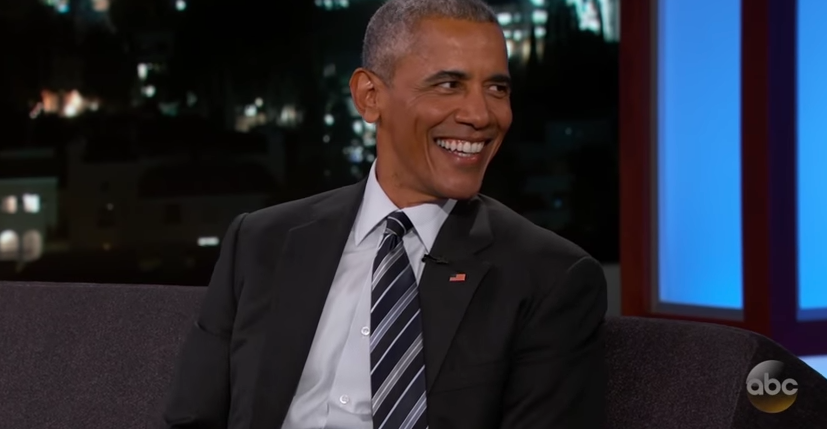 President Obama has played over 300 rounds of golf during his time in office.
Youtube.com/watch?v=i6LgrwFcwaA

As Obama detailed on Jimmy Kimmel Live this week, Murray recently barged into the Oval Office wearing a Chicago Cubs outfit before the two faced off in a putting challenge.

“Somebody grabbed a glass, so we were trying to putt in the glass,” Obama said. “[Murray] won repeatedly. The glass was rigged.”

According to Obama’s tale, Murray took $5 from the President. Check out the funny clip below. The golf discussion begins at the 2:25 mark.