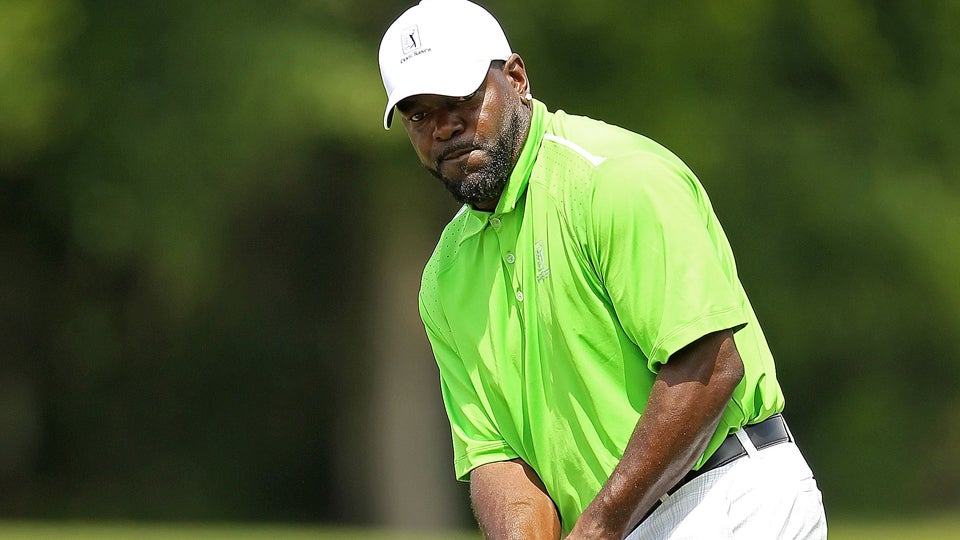 Emmitt Smith putts during a pro-am in 2011 in Lutz, Florida.
Getty Images

President Barack Obama made a pit stop in Dallas and didn’t leave until he played golf with a Dallas Cowboys legend.

Obama was in Dallas on Saturday attending a couple of fundraisers, but one of his final duties was at Dallas National Golf Club. Obama played golf with former NFL running back and Hall-of-Famer Emmitt Smith, Dallas lawyer Peter Kraus and former Dallas mayor Ron Kirk.

No news on what the president’s score was, but the last time he was asked that, after playing the TPC Stadium Course at PGA West in La Quinta, California, he said it was “classified.”