Players 2016: Jason Day Has a Chance to Do Tiger-Like Things 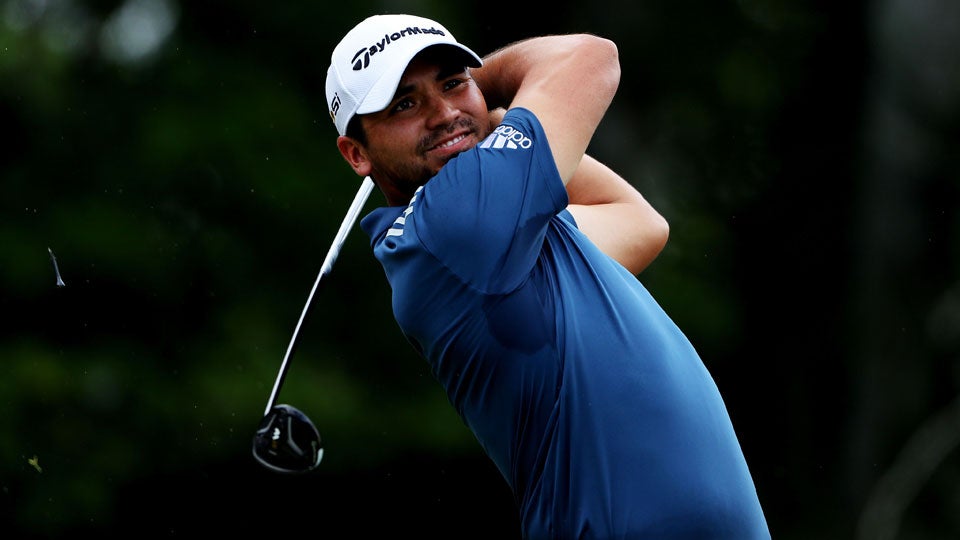 Jason Day is averaging just under 300 yards off the tee in 2016.
Getty Images

PONTE VEDRA BEACH, Fla.—Jordan Spieth missed the cut at the Players by one stroke. Big news, but missed cuts happen to every player. That’s golf.

Spieth is not haunted by his Masters disaster. At least he says he isn’t. He likely is haunted by a full month off before arriving here.

Exhibit A: Spieth ranked 122nd of 144 players in strokes gained putting. A year ago he wasn’t just the Tour’s best putter, he enjoyed one of the best putting years ever. This week, he was -2.52 strokes gained putting—in layman’s terms, he needed 2.52 more putts per round than the average player in the field. Those are not normal Spieth numbers. That looks like rust.

There may be more to Spieth’s missed Players cut than meets the eye. He was dropped into a glamor pairing Thursday and Friday with Jason Day. Sweet. Day, the No. 1 player in the world, and Spieth, No. 2, duking it out. Wouldn’t that be great?

It was half great. Day shot a course record-tying 63 the first day, 66 the second day. That’s 129 if you’re playing along at home. Spieth shot 143 and missed the cut.

What really happened? We’ll get back to Spieth and Day in a minute after a flashback.

Remember the golden years of this century, back when the Tiger Factor was real?

Tiger Woods was dominant during that stretch, a distinctly superior golfer. And he was intimidating. Opponents faltered the moment his named appeared on a leaderboard, a power we’d only ever seen wielded so often by Jack Nicklaus.

The knee-knocking was even more intense when playing in the same pairing with Tiger, especially on the weekend. Caddie Steve Williams would plop Tiger’s black Buick staff bag as close to the right tee marker as he could on every hole, with TIGER WOODS facing the tee so any player in the pairing couldn’t miss seeing TIGER WOODS as he bent over to tee up his ball.

What’s not intimidating about watching your opponent blow his tee shot 40 yards past you, hit it closer to the pin, hit it closer more often, have the best short game in golf and make the most putts? Tiger was great and he put every ounce of his image, reputation and intimidation to good use.

Back to Day and Spieth. Last year their names would’ve been listed in the order of Spieth and Day. Spieth chased the Grand Slam. He was the “It” guy. Day was simply a challenger.

The roles have reversed now. Officially, it began to happen at the PGA Championship. Whistling Straits, supposedly another Pete Dye man-eating course, played short and easy. Spieth shot 17 under par. Only Tiger Woods and Bob May at Valhalla in 2000, at 18 under, had done better. But Day shot 20 under. He got it to 21 under but gave one back at the finish.

There was no shame in that performance. Spieth played well. But paired with Day in the final round, he got a close-up look at Day, who unleashed an assortment of 385-yard drives (the fairways were extremely firm, like this week at the Players, and often sloping downhill), and exhibited a short game and putting accuracy that rivaled Spieth’s.

Day’s performance was eye-opening, or it should have been. He went on to win the BMW Championship a few weeks after the PGA and shot 18 under par in the first two rounds at Conway Farms. He won the Barclays, too. Day added the Arnold Palmer Invitational and the Dell World Match Play this year. He is on more than a roll.

Here’s an observation: Day’s best golf is better than Spieth’s best golf or Rory McIlroy’s best golf. Things can change—see Rory and his ankle injury last year. But Day is the man in golf now, and he might have a chance to do Tiger-like things. There is only one Tiger, of course, and Jason is very different from him.

The point is, it would be easy to see why a player like Spieth might not play his best golf when paired with Day. Spieth is among the longest medium-length hitters on Tour. He is not short and should not be described that way. He’s in the category of long-enough.

Day is flat-out long. He hits it about as far as he wants to hit it. Bubba Watson and Dustin Johnson are monsters but Day and McIlroy are not far behind them.

When playing with a big hitter, it is easy for any Tour player to subconsciously try to squeeze a couple more yards out of the driver. There is always that pressure of keeping up. You know the game is about getting the ball in the hole, but it’s human nature to compete. Phil Mickelson hates being outdriven. Hates it. And he was always long enough during his career that it rarely happened.

Spieth is maybe the smartest player on Tour. He and caddie Michael Greller out-prepared their opponents for last year’s majors. Nicklaus did that. Nick Faldo did that. Mickelson does that.

But getting paired with Day may not be good for Spieth’s game.

Let’s look at the numbers, generously provided by SI special contributor and consummate golf statistician Sal Johnson, starting with the U.S. Open at Chambers Bay last summer. Spieth won it, Day had a chance but battled a bout of vertigo the last two rounds.

Since Chambers Bay, here’s what the record says about who shot a lower score when Day and Spieth were paired together: Day 9, Spieth 5, 1 halve.

That doesn’t look too bad, right? Let’s check the actual scores. In those 15 rounds, Day shot 51 under par (including 15 under at the Players the first two rounds.) Spieth shot 16 under par.

That’s a significant gap. There may be a number of reasons for this glaring stat.

It could just be random, since this is a small sampling.

It includes two FedEx Cup events last fall when Spieth surely had a huge mental and physical letdown once his Grand Slam chase ended and he made that last draining surge against Day at the PGA Championship.

There are early-season events this year, when Spieth was fatigued from global travel and when Day’s game, after a winter spent in Dublin, Ohio, was hardly honed to a fine edge.

And a lot of that edge is attributable to the Players. Day was hot and Spieth looked less than ready to play after a four-week break.

Maybe it’s nothing. Maybe it’s just numbers. Maybe this, too, will pass.

We will know more by the end of the summer. There will be more Day-Spieth pairings, you can count on it. Maybe at the Memorial Tournament, the U.S. Open at Oakmont, the British Open at Royal Troon, the PGA at Baltusrol, maybe the Olympics, and the slew of FedEx Cup events.

Day may simply be better because of his distance edge. But you have to wonder, Is Jason Day inside Jordan Spieth’s head?

I’d have to see them paired together a lot more before I decide. Who else wants to see that?