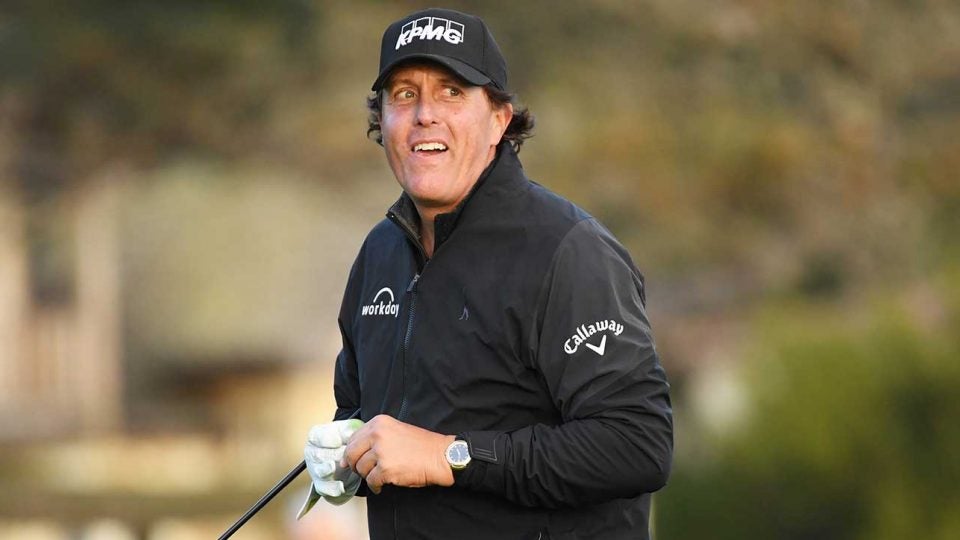 Phil Mickelson may have found a helpful trick for his game.
Getty Images

Phil Mickelson won his 44th career PGA Tour event at the AT&T Pebble Beach Pro-Am on Feb. 11. He was chewing gum during that victory, has in most of his rounds since, and no, it’s apparently not a coincidence.

According to Karen Crouse of the New York Times, Mickelson started chewing gum while on the course at the Desert Classic in January. He told her he chews two pieces a round but declined to reveal the brand. (“It’s not on the market yet,” he said.)

Mickelson believes this small trick has helped him, and his explanation of its benefits was exactly the kind of explanation you’d expect to hear from Phil.

“The chewing aspect stimulates the frontal cortex,” he told Crouse.

As crazy as it sounds, Mickelson is right. Although the jury seems to still be out when it comes to a consensus on the benefits of mid-round gum chewing.

Jordan Spieth first mentioned this technique at the 2017 British Open at Royal Birkdale, where he won his third major title. That led to GOLF.com’s Josh Sens reaching out to highly regarded mental-game coach Dr. Joe Parent for more information. Parent said that for Spieth it works as a stress-reliever.

“Think about what you do under pressure,” Parent said. “You get stressed and tense, you clench your jaw. When you’re chewing gum, you can’t keep your jaw clenched. You’re opening and closing. So releasing that tension could calm you down.”

Steve Stricker noticed Mickelson’s recent gum-chewing habit as well. “I was wondering what he was doing,” he told Crouse. “Leave it to Phil, I guess, to come up with that.”

Mickelson shot an opening-round 74 at the Players Championship on Thursday and tees off for his second round at 1:59 p.m. on Friday.