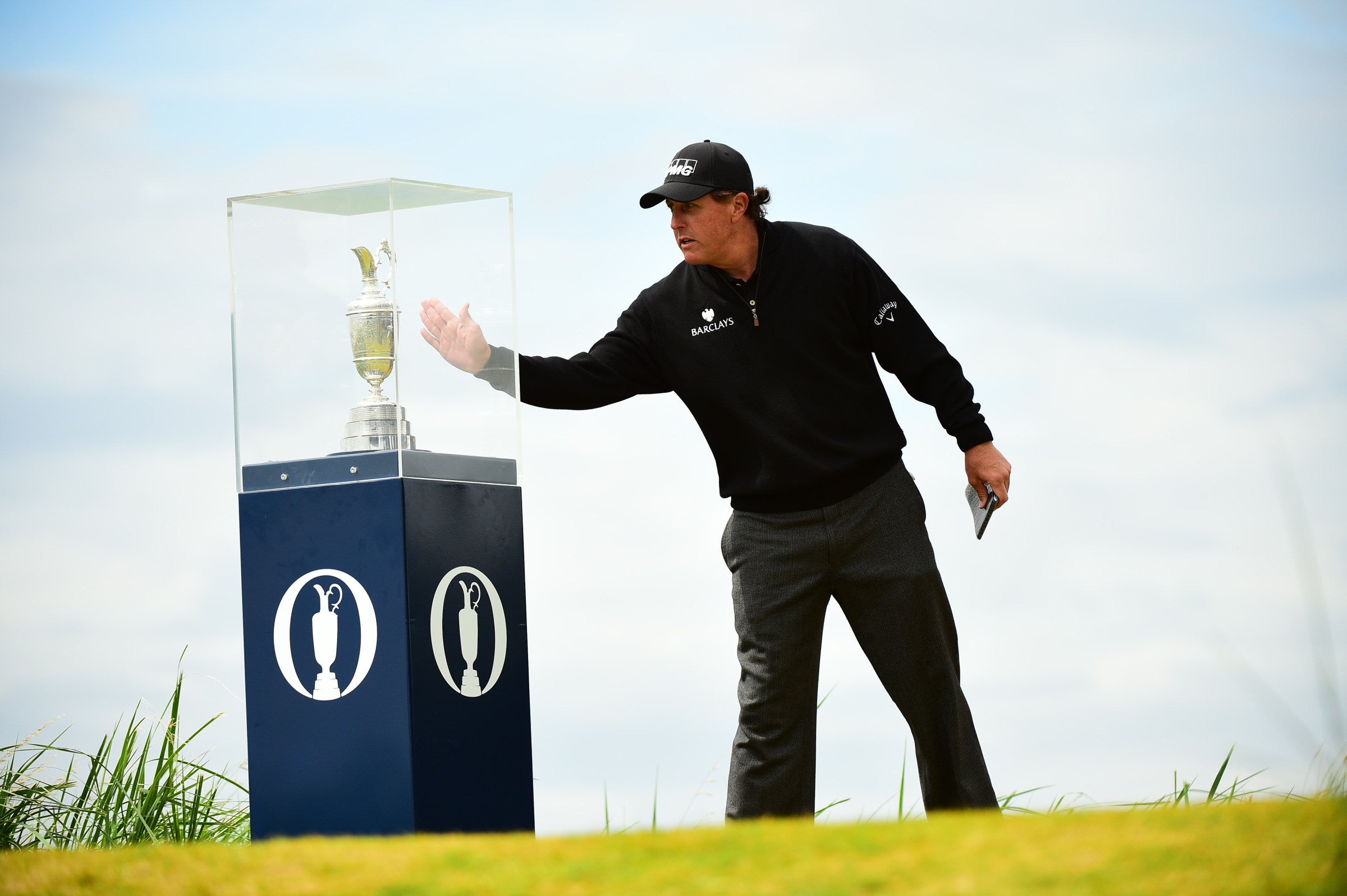 Phil Mickelson touched the glass around the claret jug prior to his Sunday round, but Henrik Stenson had his hands on the trophy after 72 holes.
Kohjiro Kinno for SI

Phil Mickelson played one of the best major rounds of his career by shooting a six-under 65 on Sunday at Royal Troon, but Henrik Stenson was nearly perfect.

Stenson shot an eight-under 63 to beat Mickelson by three in the 145th British Open, handing Lefty his 11th runner-up finish in a major. But how many British Opens would Mickelson have won with his six-under tally? A lot.

In fact, for a tournament that’s been around since 1860, Mickelson’s 17-under score would have been good enough to win every other British Open except for four.