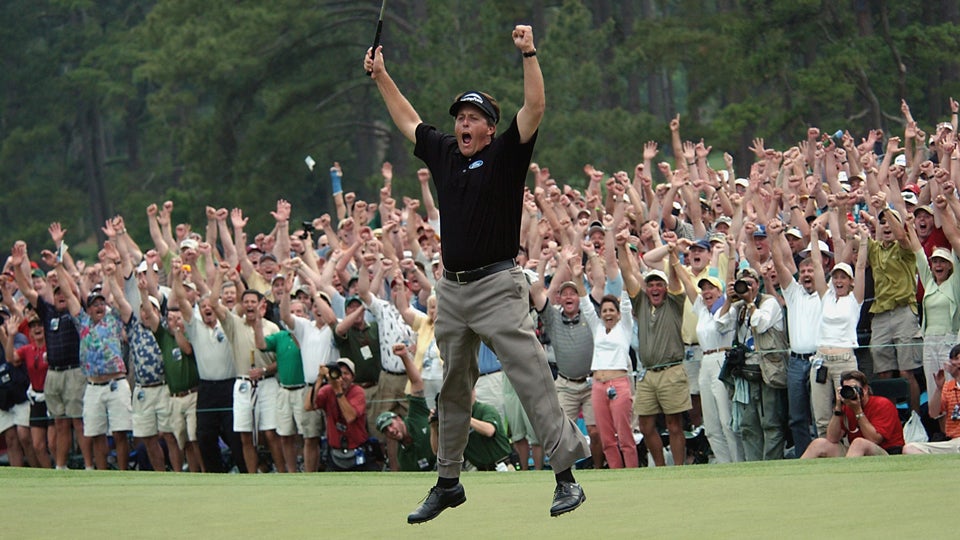 Phil Mickelson has long been loyal to a few logos, those of his sponsors KPMG and Callaway. But on Thursday at the CareerBuilder Challenge, Mickelson was sporting another logo on his rain jacket: a silhouette of himself.

Mickelson played his first round at La Quinta Country Club while donning a black rain suit with a fresh white logo of himself leaping after winning his first Masters in 2004. Check it out below. The 46-year-old returned to the PGA Tour Thursday after multiple surgeries this offseason.

It’s quite the brash move to trot your personal shining moments out there on your chest for all your opponents to see, but why not? It looks slick. Besides, the moment was legendary, and it even earned its way onto the cover of Sports Illustrated that week back in April 2004.