Phil Mickelson is in the mix, and everything else you missed from Round 1 at Pebble Beach

The PGA Tour is ensconced in the glorious environs of the Monterey Peninsula in Northern California this week, and Phil Mickelson is back to his mercurial ways. Here’s everything you missed from Round 1 of the AT&T Pebble Beach Pro-Am. 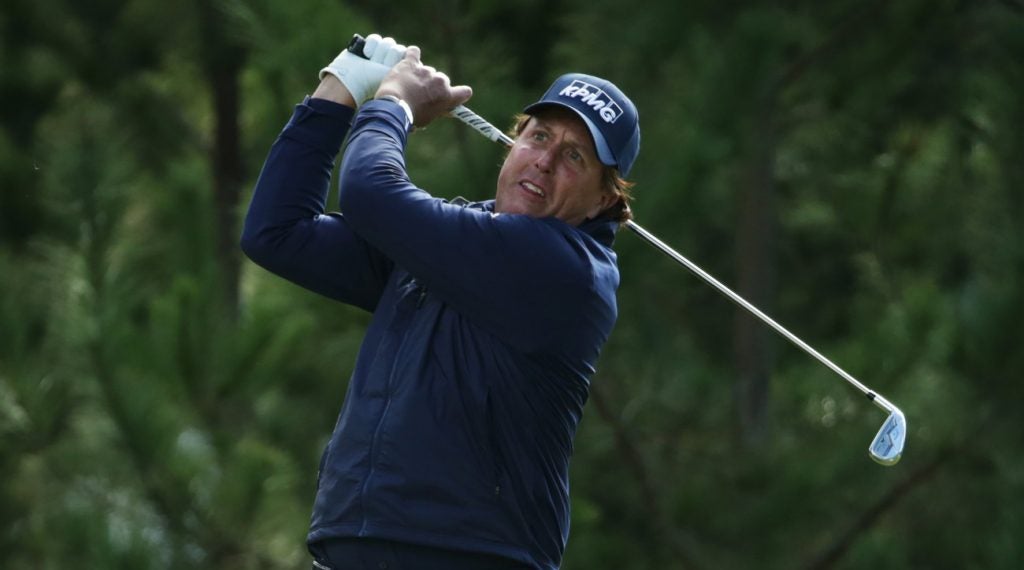 Phil Mickelson bounced back from his missed cut at last week's WMPO with an opening round of 65 at Pebble Beach.
Phil the Thrill is back!

Phil Mickelson’s game looks like it’s back on track after he posted an impressive opening round of six-under-par 65 at MPCC. Even more impressive? Phil hit all 14 fairways for the first time in his career!

Phil Mickelson on hitting all 14 fairways today at MPCC: “History was made today. It took me 27 years to do that in competition.” @attproam

Mickelson’s round included seven birdies and a lone bogey — all in all, a very nice bounce-back from last week’s disappointing missed cut at the Waste Management Phoenix Open.

After one round, Mickelson is T3, one shot behind tournament co-leaders Brian Gay and Scott Langley, who are seven under par.

Gay and Langley lead the way

The birdies were flying for tournament leaders Brian Gay and Scott Langley, who carded eight and nine each, respectively.

Gay has four career Tour victories, most recently the 2013 Humana Challenge, while 29-year-old Langley is seeking his first Tour victory.

Every started his round on MPCC’s 10th hole, and eagled it. Nice start! Then he proceeded to make five more birdies on the following eight holes to go on official 59-watch.

A string of three bogeys in four holes ended his chances of a sub-60 round, but he’s still sitting pretty on the leaderboard at six under par.

Viral star Ho-Sung Choi’s PGA Tour debut has been hotly anticipated, and on Thursday he opened with a one-over-par 72 at MPCC. He’s currently 111th on the leaderboard, and will likely need a good round on Friday to make it to the weekend.

First birdie on TOUR and a fist bump from @AaronRodgers12.

Regardless of what happens, he’s made some new friends in Monterey.