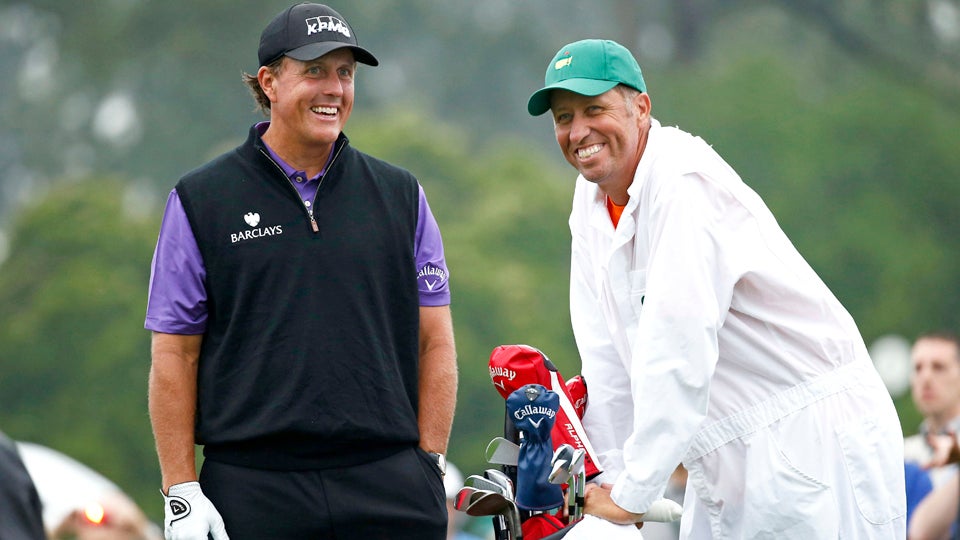 Phil Mickelson and caddie Jim "Bones" Mackay wait to tee off on the 1st hole during a practice round for the Masters at Augusta National Golf Club in 2015.
Rob Schumacher/USA TODAY Sports

Phil Mickelson and his caddie, Jim “Bones” Mackay, have stuck together for more than 20 years. So it makes sense that they’d accidentally wind up in surgery on the same day.

Both Mickelson and Mackay were in operating rooms on Oct. 19, although the double-booking was entirely coincidental, reports Golf Digest. Mickelson was getting a sports hernia fixed, while his caddie was undergoing double knee replacement surgery.

“The next day we were texting back and forth,” Mackay said. “‘So, how are YOU doing?'”

Mackay has suffered from problems with his knees for years, and said that the damage the doctors found was worse than expected. He hopes to return to Mickelson’s bag at Mickelson’s first start of 2017, the CareerBuilder Challenge, in Palm Springs, Calif.