Phil Mickelson All In on Olympics (If He Can Qualify) 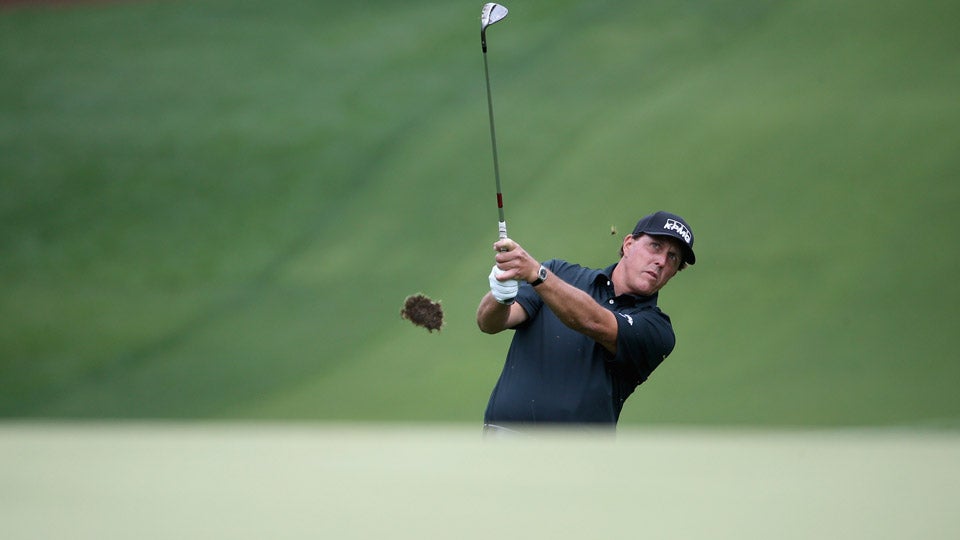 Phil Mickelson during the second round of the 2016 Wells Fargo Championship.
Getty Images

CHARLOTTE, N.C. — The Zika virus. Reports of sewage on the beautiful beaches. The drug-testing protocols, which include blood-testing and round-the-clock monitoring.

Phil Mickelson is ready for it all. While some marquee players such as Adam Scott and Louis Oosthuizen and Vijay Singh have pulled out of golf’s return to the Summer Olympics in Rio de Janeiro — where the logistics have some competitors concerned for their health — Mickelson is all over it. He has been one of the golf project’s biggest boosters since the idea was first floated

He has said all the right things since golf became an Olympic sport. Notably, that it would be “so cool” to be an Olympian at age 46. His mother, Mary, once played on a 50-and-older women’s basketball team that won a bronze medal in the lesser-known Senior Olympics. Also very cool. And let’s be honest, when the idea of Olympic golf first came up, professional golf was Tiger Woods and Phil Mickelson and a bunch of very good players. Maybe it was unrealistic to think that they would still be competitive enough to make the team in the far-off future of 2016, but the experts would be liars if they said the combined marquee value of Tiger and Phil was not a consideration in reviving Olympic golf.

Tiger has fallen off the radar, recently dropping out of the top 500 in the official world rankings. But Phil, well, the Olympics are still within his reach. The deadline is approaching fast. Mid-July is when the top 60 men players (with a limit of two players per country, or a maximum of four if they’re in the top 15 in the world) will qualify for the Olympics.

So Phil in the Olympics? It’s still on the table, especially since Phil shot 69-70 here in the first two rounds of the Wells Fargo Championship.

Mickelson needs at least one win and a high finish somewhere to bounce up in the rankings. Or a win in a U.S. Open, perhaps, depending upon what the others do — well, mainly Dustin Johnson, who is ranked ninth. Mickelson just needs to pick off the low man, and that’s Johnson right now.

So it’s interesting that while Aussie Marc Leishman joined the ranks of Olympic golf withdrawals yesterday, Phil is going full-steam ahead.

“If I can play well in the next two months and somehow get on the team, what a great opportunity to compete in the Olympics,” he said. “And if I don’t, I’ve never had a three-week break over the summer.”

Zika virus? Shots? Sewage? No worries. “The family would come down with me to Rio if I were able to make it,” Mickelson said. “I’m on the outside looking in but still hopeful. If I don’t make it, we’ll end up going on a family vacation so it’s a win-win the way I see it.”

Mickelson is playing on a two-month deadline. The mid-July cutoff means that a player could possibly win two majors, the British Open and the PGA Championship, and not play in the Olympics because both events come after the deadline.

This week is a great chance for a victory because Phil has done everything at Quail Hollow but win. In 12 appearances here, he has finished second; third twice; fourth; fifth; seventh; ninth; 11th; and 12th. He made all 12 cuts and finished outside the top 25 only twice. This is a course he likes. This is a course he should win on.

“I keep coming back here because I feel like it’s imminent,” he said. “I played well here so many times that I’ll continue to give myself chances on the weekend. I really like this golf course.”

An encouraging sign is that Phil’s ball-striking isn’t up to his usual standard, or even up to how he’s been hitting in practice recently. Friday, he scrambled his brains out after hitting only four fairways and nine greens and still shot a two-under-70 to stay within range of the lead. If he can straighten out his often-formidable iron game, he might just be the guy to beat on a leaderboard filled with guys who haven’t won much on tour, or at all, although Rickie Fowler, Justin Rose and Rory McIlroy are lurking.

“I’ve been driving the ball really well heading into this week,” a puzzled Mickelson said. “But I think I’ll get that turned around. I think it’s going to be a good weekend.”

His short game skills look sharp as ever. At the seventh, he hit it to the edge of the green from 218 yards in the right rough and made the putt for an unlikely birdie. At the short eighth, he drove it 310 yards into a bunker and had a 55-yard shot that he fluffed and left 20 yards short. From there, he pitched to two feet for a tap-in par, a nice save after a mistake.

At the ninth, a long par 4, he went from fairway bunker to right rough, 75 yards short of the green. Then he wedged it to 18 feet and two-putted for bogey. He has hit only ten fairways and 20 greens in two days, but he is 13-for-16 in getting it up-and-down. That’s Phil-of-old stuff.

His best shot came at the dreaded 18th hole, his ninth hole of the day. He hit a hybrid from 237 yards uphill into the wind. His ball ended up 16 feet above a back-right pin position.

“The greens are stimping out at over 15 today, closer to 16,” Mickelson said, indicating they were extremely fast. “You get it going downhill on some of these slopes, the ball just won’t stop. That ball took a while to get there, but it finally went in.”

There remains a lot of golf to be played but it’s worth noting that a guy with 42 career victories, who plays this course well, is in the hunt.

“It’s important for me to give myself a good opportunity on Sunday,” he said. “My touch around the greens and my short game is as good as it’s been in a long time and I think it will save me if I happen to not strike it well. If I do strike it well, I think there’s a really low round in there.”

Phil has always been known for his unwavering optimism. At 45, there’s nothing wrong with that.