PGA Winner: Our Formula For Picking a 2015 Champion 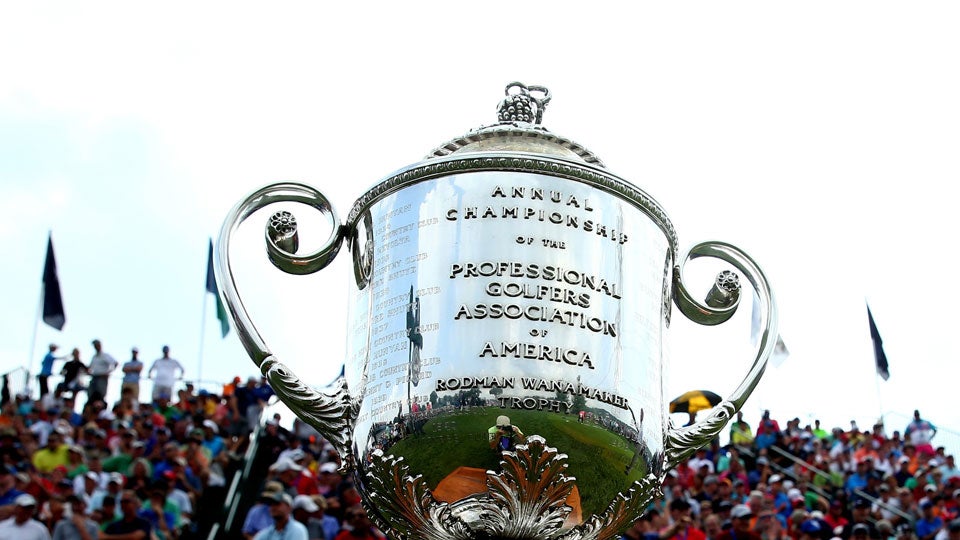 Predicting a PGA champion in golf is a daunting task, and the list of likely winners at this year’s final major looks to be as long and unpredictable as the host course itself—until you do the math. At press time of the August issue of GOLF Magazine, the stats pointed to a winner that might surprise you.

Round 1: The PGA Championship field will reach 156, but since the PGA of America tends to shoot for a field that includes the top 100 players in the world, we start with the planet’s top 100 at press time. Alas, that eliminates one notable fan favorite: four-time PGA winner Tiger Woods.

Round 2: Only one champion in the past 15 years has been 40 or older at the time of his PGA victory (Vijay Singh in 2004). We’ll stick with the trend and jettison everyone 40 or older as of August. That means bidding farewell to the likes of Phil Mickelson, Jim Furyk and Lee Westwood. AND THEN THERE WERE 89

Round 3: Time for a big cut. Just two PGA victors in the past 20 years have hoisted the Wanamaker despite having zero Tour wins on their résumés (Shaun Micheel in 2003 and Martin Kaymer in 2010). Thirty-four of our remaining players have yet to bag a Tour trophy, including Victor Dubuisson, Jamie Donaldson and Justin Thomas. AND THEN THERE WERE 55

Round 4: Americans and Europeans have alternated winning over the past five PGAs (occasionally adding kerosene to the Ryder Cup fire). Rory McIlroy triumphed last year at Valhalla, so he and his Euro pals should look ahead to Augusta. At Whistling Straits, it’ll be a damn Yankee.

AND THEN THERE WERE 35

Round 5: The champion is typically someone who’s already playing well; 10 of the last 11 winners had at least three top 10s in the season leading up to their victory. Out of form means out of luck, so seven players will have to wait till next year, among them past champs Keegan Bradley and Jason Dufner. AND THEN THERE WERE 28

Round 6: While Glory’s Last Shot has produced winners from age 20 to 48, over the last 15 years the average age of the champ is 31.2. That’s good news for guys in their early 30s but bad news for whippersnappers, like 22-year-old Jordan Spieth, and those approaching 40, like 39-year-old Zach Johnson.

AND THEN THERE WERE 12 AND THEN THERE WERE 5

Round 8: Of the Fab Five, our PGA champion is…Kevin Na, who likes the beach more than Frankie and Annette. The Straits course has some 1,000 bunkers, and Na (at the ideal age of 31) ranks seventh on Tour in sand-save percentage. (Holmes, Johnson, Mahan and Moore are outside the Top 75.) Let it be known: We’re gaga for Na!