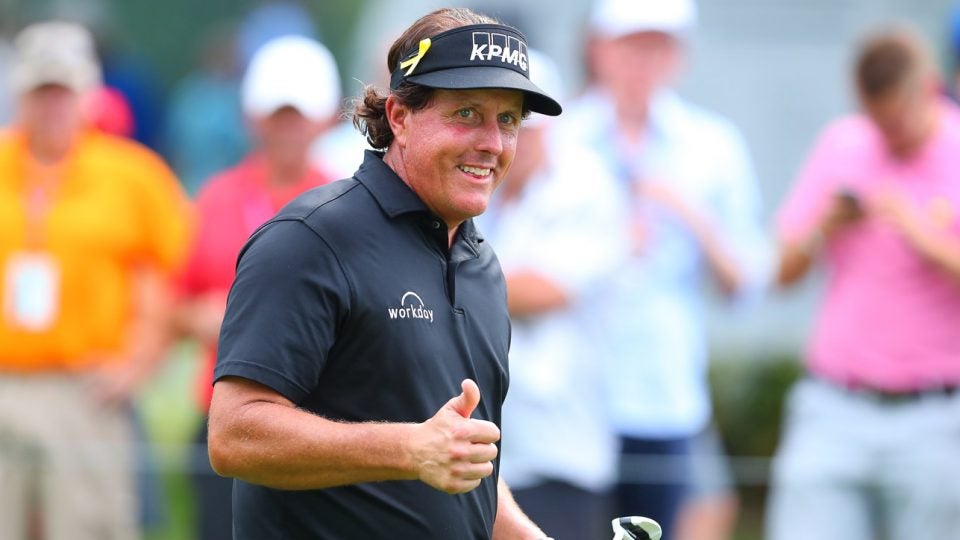 Phil Mickelson gives a thumbs up during the 2018 Northern Trust event.
Getty Images

The PGA Tour made a big step toward embracing sports gambling this week when it decided to change its policy to allow players to sign endorsement deals and sponsorships with certain type of sports gambling companies, according to a report by The Action Network.

Based on quotes from Andy Levinson, the PGA Tour’s senior vice president of tournament administration, the Tour sees the rule change as one way to grow the popularity of the game.

“Because of the Supreme Court’s decision last year, and because of the direction that we see legalized, regulated sports betting going in this country, and just because of the public perception toward gaming, we’ve made the decision to remove a great deal of the prohibitions on gambling sponsorships in our sport,” Levinson told The Action Network.

Travel
Gambling on pro golf will soon be legal, and Las Vegas is betting on explosive action (as is the PGA Tour)

The change to the Tour’s restrictive endorsement policies doesn’t just allow players to sign endorsement deals with these companies, it also allows the Tour to create marketing and title sponsorships with gambling-connected companies, as long as their “primary purpose isn’t sports betting.”

In addition to the direct economic benefits and the increased exposure the rule change could bring to golf, Levinson says the new policy “also shows that [the Tour is] engaged in this discussion about sports betting.”

Last April, PGA Tour commissioner Jay Monahan said that the organization would take advantage of “opportunities” with sports betting companies if the Supreme Court struck down the federal ban on state-sponsored sports betting, which it did later in the year.

News
Tiger vs. Phil is a TV event, a gambling event and a head game all rolled into one

Monahan doubled down on his plans during a press conference at Kapalua in January, arguing that the Tour “think[s] gaming leads to more engagement.” And he revealed that the organization he runs has been working on these plans for a long time.

“We have for the last couple of years put all the systems in place from an integrity program to monitoring program to our ShotLink technology in place so we can be in a position to participate.”

But in the end, as always, money talks, and that is at least one of the primary reasons for the American Tour’s decision to move forward with gambling opportunities.

As PGA Tour policy board player director Kevin Streelman stated in the report, “with the direction the Tour is going on the legalized gambling side of things, it’s good for all parties to try and maximize earning potential and new business relationships for everyone involved.”