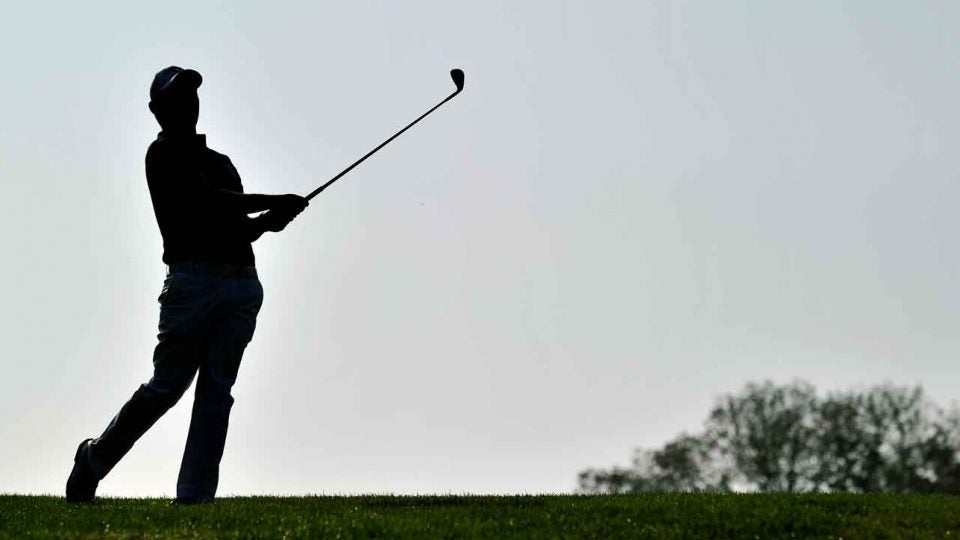 Eleven PGA Tour golf events have either been postponed or canceled.
Getty Images

Golf fans at home will avoid 32 “You da maaaaaans.”

At least the PGA Tour’s hiatus due to the global coronavirus outbreak gave us that.

There’s no way of knowing how things would have played out during the 11 tournaments (so far) that have been either postponed or canceled: the Players Championship, Valspar Championship, World Golf Championships-Match Play, Corales Puntacana Resort & Club Championship, Texas Open, Masters, RBC Heritage, Zurich Classic of New Orleans, Wells Fargo Championship, Byron Nelson and the PGA Championship. Does Rory win the green jacket? When would Tiger have returned? Does Brooks defend his PGA crown?

But we can make countless other assumptions, including how many tee shots likely would have been hit — a number equal to you hitting a bucket of 50 balls every day for about four years. Shoot, we can even approximate how many hot dogs and beers PGA Tour-goers would have consumed — grab the Pepto while digesting those totals. And without professional golf until at least the middle of May — and perhaps longer given the uncertainty of the virus — we’ll gnaw on whatever stats we can.

How we ran these numbers: Days missed include two events scheduled on the same weekend. We assumed that each group would play in 4.5 hours. Numbers of entries and cuts were based on 2019 results. We factored in the alternate shot format of the Zurich Classic and assumed that every match of the Match Play would be decided on the 18th hole. We calculated shots and yardage totals based on the pre-shutdown 2020 PGA Tour averages. We assumed that drivers would be used on all non-par-3s and that golfers would use three balls and five tees per round. We estimated an average of $5 per hot dog and $8 per beer, and we allowed for one beer per person but one hot dog for every two people. We guessed that a quarter of the spectators would purchase a souvenir at an average of $25 a pop. And finally, we estimated 14 minutes of commercials per hour of television.

Now, to the stats! Let’s start off with the tournaments themselves:

Total winner prize money: $17.4 million — you could play 24,167 rounds at the Stadium Course, or a round of golf every day for about 66 years

The break is a drag, but look at the bright side — all those pros who would have missed cuts … didn’t!

Number of players who would have made the cut: 742

Number of times a fan would have hollered “You da man!” so loudly that viewers watching at home would have heard it (three times per tournament): 32.5

News
Tour Confidential: What will be the biggest impact of the Tour and Masters layoff?

How would the rounds have gone? (Hint: The anti-distance crowd might not want to read this.)

Number of times drives hit: 57,350 — you could alternate the 28 drivers reviewed by GOLF.com in the ClubTest 2020 every day for about five years

Yardage on drives: 16,987,070 yards, or 9,652 miles — just about the distance from Chicago to Melbourne, Australia, the site of last December’s Presidents Cup

Number of times a ball would have strayed from the fairway off the tee — and given spectators a closer view: 22,716

Number of times we would have seen a player scramble to make his score: 25,775

Number of putts: 123,327 — you could take 54 putts (even par) at your local putt-putt every day for about the next six years

Number of golf balls used: 13,089 — you could buy a dozen golf balls every day for about the next three years

Tournaments
Why the 2020 Masters had to be postponed, explained in one chart

Projected attendance across the 11 events, minus the first round of the Players: 1.15 million — a little more than the population of San Jose, Calif., the country’s 10th-largest city

Money spent on hot dogs: $2.875 million — just a little more than the winner’s share of the Players Championship

Money spent on souvenirs: $7.19 million — or about the purse of the RBC Heritage

Distance traveled if a person went to every event (starting in Ponte Vedra Beach, Fla.): 8,890 miles

And finally, a place where we are getting quite familiar with, the couch: