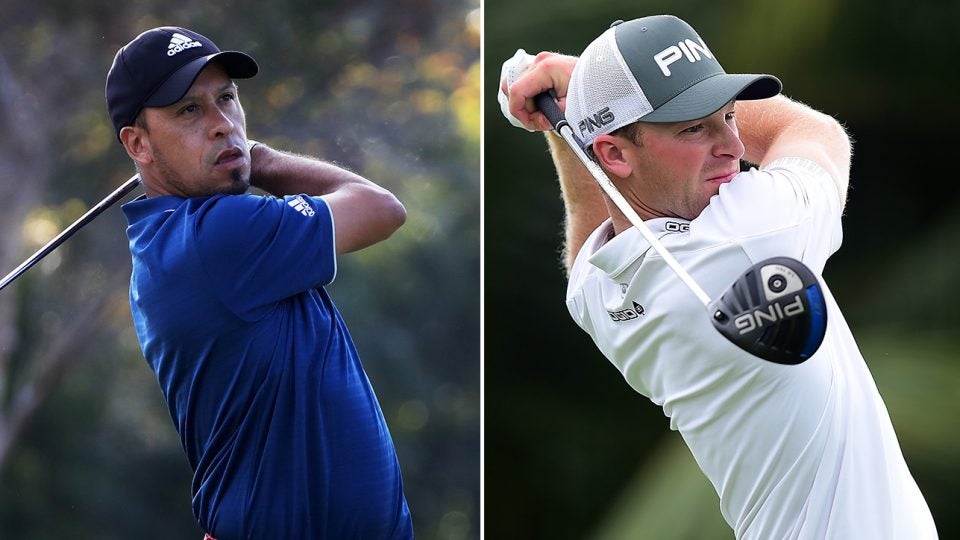 The PGA Tour handed out its first pace of play penalty in 22 years during the first round of the Zurich Classic of New Orleans Thursday.

The team of Miguel Angel Carballo and Brian Campbell were each given a bad time for taking too long to execute their shots (under the current rules of golf, players have 40 seconds). A penalty of one stroke is only given out following two bad times (the first receives a warning), but since the team is playing as one player, both Carballo and Campbell’s bad times were combined, resulting in an extra stroke being assessed.

Having already been put on the clock, Carballo drew his bad time on the 12th hole after going over his allotted time. Campbell was then given a bad time on the par-3 14th, after which the penalty was applied. Even though the team made par on 14, their scorecard reflects the penalty with a bogey four.

It’s the first time the Tour has assessed a slow play penalty since 1995, when Glen Day was penalized during the third round of the Honda Classic.

The pair shot a two over par 74 during the first round’s foursome play.