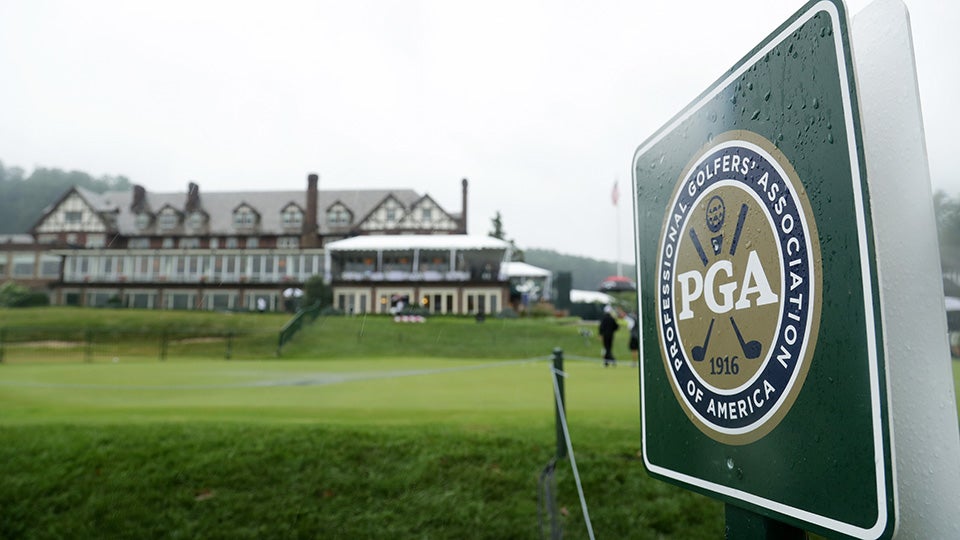 SPRINGFIELD, N.J. — The PGA of America says it received no official word that golf balls were stolen from a soggy Baltusrol during the third-round rain delay Saturday.

Players often leave balls on the course if they think a delay will be short-lived (they would mark on the green, however). Of course, that wasn’t the case on Saturday, when play was stopped at 2:15 p.m. and never resumed. Reports say some fans took advantage of the free souvenirs.

According to a tweet from Golf News Net’s Ryan Ballengee, one visor-clad spectator says he witnessed someone swiping a ball. If that were the case, one would assume such theft would have to be reported when the round resumed.

When asked for comment, the PGA of America said: “We have received no official notice from course officials that balls were being stolen from the greens, all we have seen on that is that one story from USA Today.“

This dude: “One guy was walking on the course too and he found a ball and picked it up.” Savage Jersey. pic.twitter.com/JLuM7uXCRE