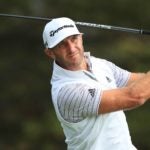 Dustin Johnson is eyeing his second major championship victory on Sunday at the 2020 PGA Championship.

It all comes down to this. Eighteen holes at TPC Harding Park separate one of the remaining 79 players from major glory at the 2020 PGA Championship. Here’s everything you need to know to watch Sunday’s final round.

Based on the leaderboard at the end of three rounds at the PGA Championship, golf fans could be treated to a shootout for the ages on Sunday. The first page is full of past major champions, young guns with bright futures, and rising stars ready for their breakthrough major moment.

Few people were talking about Dustin Johnson heading into this week — despite his recent Travelers Championship victory — but everyone is talking about him now. DJ fought off a double bogey to shoot a five-under 65 and take the lead at TPC Harding Park. The 21-time PGA Tour winner captured his first and only major title at the 2016 U.S. Open, and this could be the week he finally backs up that win.

But in order to hoist the Wanamaker trophy on Sunday night, Johnson will have to best a large group of challengers with proven track records, none more so than Brooks Koepka, who is two shots back and will have history on his mind as he goes for his third-straight PGA win.

You can find everything you need to know to watch Sunday’s final round action on TV and online below.

How to watch the PGA Championship on TV Sunday

The TV coverage for Sunday’s final round of the PGA Championship will be split between ESPN and CBS. ESPN will get the TV coverage started with three hours of airtime on Saturday beginning at 12:00 p.m. ET. CBS then takes over the coverage for final six hours of the tournament, including the crowning of a new champion, from 3-9 p.m. ET.

How to watch the PGA Championship final round online

Early coverage of Sunday’s final round will be available exclusively on ESPN+. ESPN+ will stream two hours of coverage from 10 a.m.-12 p.m. ET, before the action switches to TV. You can also catch Featured Group coverage all day Sunday on ESPN+, along with Featured Hole coverage of the 18th hole.

Both the ESPN and CBS TV broadcasts can be streamed online at ESPN.com/watch and CBS.com/all-access by signing into your account or using an active cable subscription.