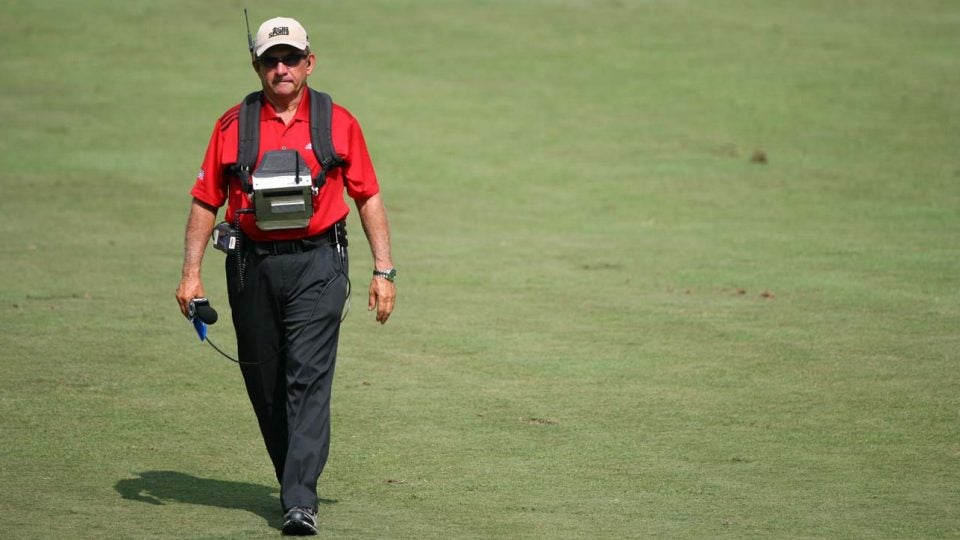 In the wake of the revelation that longtime CBS golf broadcasters Peter Kostis and Gary McCord would not have their contracts renewed, Kostis has not spoken publicly about it, other than to offer a statement that expressed his thanks to the many people he worked alongside over the course of his near-30 year career.

But on Wednesday, ScoreGolf’s Rick Young published an interview he conducted with Kostis in the wake of Kostis’ CBS dismissal, and, Kostis opened up about the disappointment he’s feeling with the network, as well as the reasons he believes are behind his firing.

Like McCord, Kostis said would have liked to have the opportunity to say a proper goodbye to fans and colleagues. “I’m surprised Gary and I didn’t get the same loyalty other announcers have received who have worked for CBS for a long time,” Kostis told Young. “That’s my biggest surprise in this whole thing. I wasn’t sure if I was going to work beyond this current television contract (2021) but it would have been nice to have a year to go out and say goodbye to fans, say goodbye to sponsors, friends we’ve met in different locations. I thought it was a little bit disrespectful.”

As to the reasoning behind the network’s personnel changes, Kostis said he can only speculate, and hasn’t been given any specifics. “All we’ve really heard is, ‘We think it’s time, we need a change, things were stale,’” Kostis said. “What was stale? ‘Well, the telecasts.’ Why is this the time now? ‘Well, it just is.’ They haven’t really given us any answers whatsoever on why we were let go.

“There’s a fine line between familiarity and staleness,” Kostis continued. “What we’ve been hearing over and over from fans since this happened is, ‘You guys are the voices of my weekends watching golf and we’ve grown to love it.’ There’s a familiarity for the viewers with the CBS team. Having said that, I don’t think it was the announcers that were stale. I believe the production has suffered over the last few years. That’s all I’m going to say. I’ll just leave it at that.”

Kostis also believes that the upcoming advent of gambling on Tour, as well as the impending expiration of the Tour’s broadcast and television rights (currently held by CBS and NBC) in 2021 played a role in his firing.

“The timing and the reason for mine and Gary’s departure are the ongoing negotiations with a new television contract,” Kostis said. “That’s involved here. I don’t know how exactly or what it could be but I do believe the next television contract is going to be radically different. I don’t have any basis for saying that other than my gut instinct. I do know the tour is gearing up to be able to handle gambling. I think it’s one of the ways they’re hoping to grow their fan base with younger people. It’s a question you’d have to ask [PGA Tour Commissioner] Jay Monahan I guess but everything I’ve seen in interviews and read points to gambling playing a big role in this next round of (television) negotiations.”

On Tuesday, it was revealed that 21-time Tour winner and former Ryder Cup captain Davis Love III would be joining CBS as a full-time analyst. A second replacement has not yet been announced.

Though Young’s interview makes it clear that Kostis is disappointed he won’t be covering the Tour on a week-to-week basis anymore, there is a silver lining: Kostis now has the time to write a book.

“It’s going to be swing and golf instruction,” Kostis explained. “But I am going to intertwine 30 years of stories from inside-the-ropes, talk about my 29 years at the Masters, times with Tiger (Woods), and my previous life with Sam Snead and some of the great people I’ve been around. Hopefully I can mesh those stories with my philosophies on instruction.”