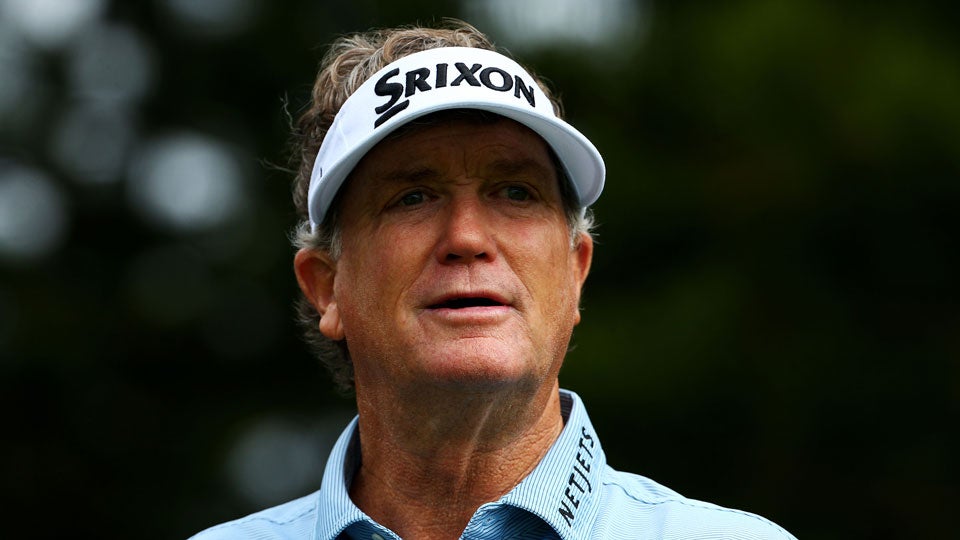 The future of golf has, for better or worse, been strung across the shoulders of a few men, namely the “Big Three” or “Big Four” or “Big Five,” if Bubba Watson is playing well. Who could challenge that title next?

According to NBC Analyst Peter Jacobsen, Hideki Matsuyama is that man. Jacobsen joined Jeff Ritter as a guest on the GOLF.com podcast this week and pegged Matsuyama as his pick to join the lot dominating the game.

“I remember watching him at the Presidents Cup a few years ago, and then when he won at Memorial last year, and then at the Phoenix Open, he didn’t seem to have his best stuff,” Jacobsen said. “But he hung in there…What impresses me most about the best players is when they hang in there without their best stuff.”

Jacobsen also touched on Phil Mickelson’s resurgence, on becoming the voice of Golden Tee and shared a great story about when Arnold Palmer changed his perspective on fame. Check out the podcast below.

You can find past episodes of the GOLF.com podcast on Soundcloud or at iTunes. Below are the last handful of episodes.

Kevin Streelman on the Pebble Beach Pro-Am and what’s missing from Team USA at the Ryder Cup.

Erik Compton on horrible conditions at Torrey Pines and why he considered playing for Norway in the Olympics.

Hank Haney on Greg Norman’s exit from FOX and coaching Tiger at his peak.

Harold Varner III on ife as a Tour rookie and why he enjoys dabbing on the course.

TaylorMade CEO David Abeles on the state of his company and golf equipment industry.