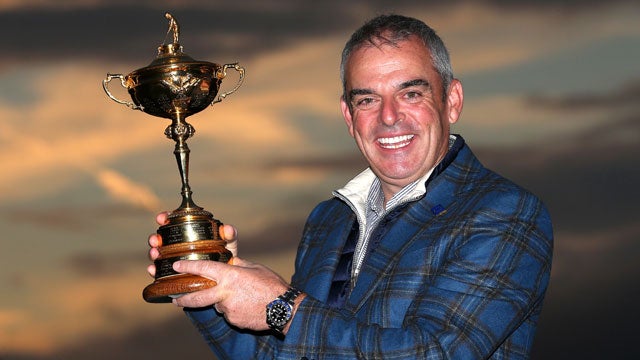 Paul McGinley had his golf clubs and Ryder Cup memorabilia stolen from his car while eating lunch in San Francisco ahead of the AT&T Pebble Beach Pro-Am.

According to a report by the San Francisco Chronicle, McGinley had landed at San Francisco International Airport on Monday, drove to Ocean Beach and ate lunch at Chart House, just north of Golden Gate Park. After eating, he walked outside and discovered the back window smashed in his rental SUV.

Among the items reported stolen were McGinley’s golf clubs, travel bag, suitcase, travel documents, his passport and Ryder Cup memorabilia McGinley had set aside for a charity auction later that week.

“I was just disappointed,” McGinley said. “I had only been in the country an hour and a half. It can happen in any country, or city in the world. I thought it was safe, and it didn’t cross my mind.”

After successfully captaining the European team to its eighth victory in 10 Ryder Cup events, McGinley was widely lauded for his leadership and strategies, particularly compared to Team USA’s captain, Tom Watson.

McGinley controlled European Tour tee times leading up to the Ryder Cup, which led to the successful pairing of Graeme McDowell with the quiet rookie, Victor Dubuisson.

McGinley will tee off at 9:28 a.m. Thursday in Round 1 of the AT&T Pebble Beach Pro-Am, where he is partnered with Ben Sharpe, new Taylormade CEO.