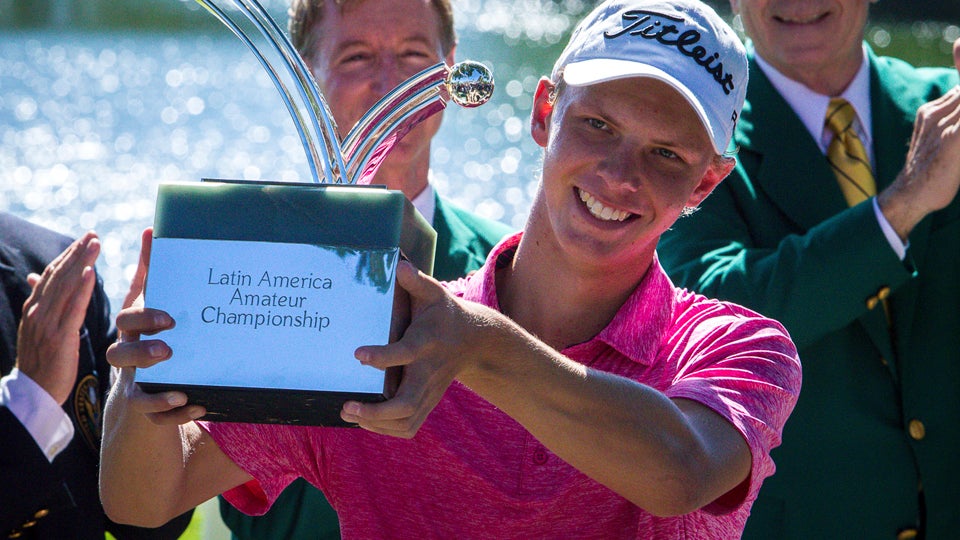 LA ROMANA, Dominican Republic (AP) Paul Chaplet closed with a 2-under 70 on Sunday to win the Latin American Amateur, sending the 16-year-old from Costa Rica to the Masters just over six years after he first touched a golf club.

Chaplet started the final round four shots behind at Casa De Campo and quickly made up ground on Gaston Bertinotti, who stumbled to a 77. Chaplet went out in 33 on the Teeth of the Dog course, made a bogey on the 16th hole and then had to watch to see if his 2-under 286 would hold.

Jorge Garcia of Venezuela, who bogeyed the 17th, narrowly missed a birdie putt on the 18th hole and shot 74 to finish one shot behind.

The winner of the Latin American Amateur is invited to play the Masters. He also is exempt into the final stage of qualifying for the U.S. Open and British Open.

This story has been corrected to six years after Chaplet first touched a golf club.