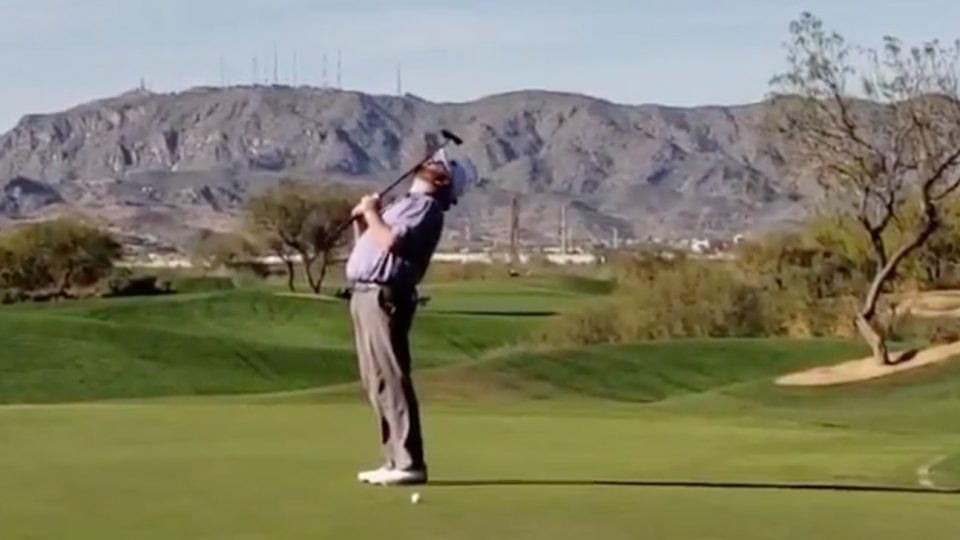 Patrick Sullivan found himself on the wrong end of a missed short putt.
Web.com Tour

Midway through the back nine on Sunday, Patrick Sullivan was sitting right on the cut line. It was the final round of the final stage of Web.com Q-School at Whirlwind G.C. in Chandler, Ariz., with the top 40 guaranteed eight starts next season. Sullivan, a 35-year-old veteran, faced a birdie putt on the par-4 14th — and then the unthinkable happened. He putted it off the green into the adjacent water hazard. 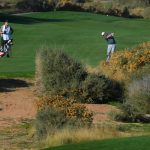 You may also like Triumph and tragedy at Q-School: Stolen clubs, late rallies, clutch birdies and disaster on No. 18

The putt and resulting penalty stroke led to a double-bogey six. Sullivan bogeyed the next hole, too, slipping to 14 under. But then Sullivan mounted a rally; he birdied No. 16 and eagled No. 17 before stiffing his second shot inside four feet on No. 18. Make it and he’d be inside the top 40. He missed.

The fine line can be cruel.

Patrick Sullivan (@sullivangolf) went birdie-eagle on holes 16 and 17 Sunday to move within a shot of the current projected top-40.

This was his birdie try at the last. pic.twitter.com/jSlnrf55ni

The finishing par meant Sullivan had accomplished a rare feat by making a different score relative to par on each of his last five holes (we call this the large straight). But double bogey-bogey-birdie-eagle-par left him tragically one shot shy of the cut line; his finishing two-under 70 dropped him 27 spots on the leaderboard to finish T50.

“We’ve heard all the QSchool horror stories over the years,” Sullivan wrote on Twitter after the round. “I was wondering if anyone had ever putted it into the water on the back nine to miss by one? If not…..dibs.”

We've heard all the QSchool horror stories over the years. I was wondering if anyone had ever putted it into the water on the back nine to miss by one? If not…..dibs. 🙋‍♂️

Sullivan’s strong showing at Final Stage won’t go wholly unrewarded, as the status he earned from the T50 finish will allow him some starts. He said after the round that he intends to play Monday qualifiers in the hopes of getting into more events and bettering that status. He added that he’ll “do a lot of Mondays and begging for sponsors invites.”

Sullivan played the Web.com Tour in 2018, making just three cuts in 23 starts. He’ll hope for some better fortune once the season begins.