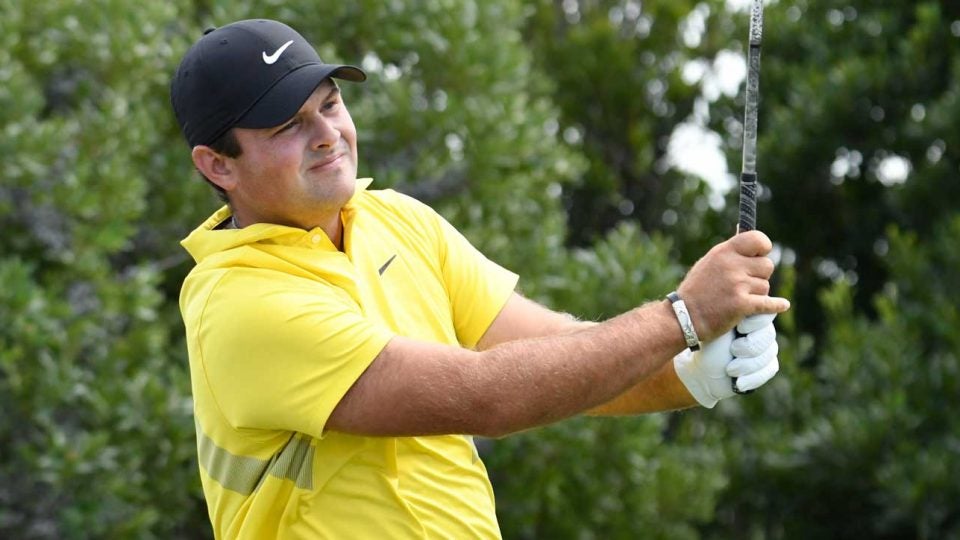 Moving Day at the 2019 Northern Trust was just that, a Saturday full of big moves up and down the leaderboard. Once the final putt dropped in the third round, Patrick Reed stood alone stop the leaderboard.

Here’s everything you need to know about Round 3 at Liberty National.

U.S. Ryder Cup hero (and sometimes villain) Patrick Reed has flashed solid game all week, shooting twin 66s over the first two rounds. Reed kept his consistent game going in the third round, firing a four-under 67 to reach 14 under. Surprisingly, none of the 36-hole contenders went low on Saturday, so Reed finds himself with a one-stroke lead heading into Sunday’s final round.

If Reed can stick it out and win, it will be his first victory of the year, at the third-to-last event of the season. In fact, Reed has yet to capture a victory since his triumphant Masters win in 2018.

DJ and Spieth head in the wrong direction

Many viewers tuned in to the broadcast on Saturday expecting to witness a battle between two big names on top of the leaderboard: Dustin Johnson and Jordan Spieth. But it wasn’t meant to be. In a surprising turn, both players shot disappointing 74s to fall off the pace.

Johnson, who began the third round with the lead, is now five shots behind Reed, the new leader. But DJ’s place in the rest of the playoffs is secure. The same can’t be said for Spieth. Spieth began the tournament in 69th place in the FedEx Cup standings, just inside the boundary to qualify for next week’s BMW Championship. He needs a strong finish tomorrow to stay alive.

Bryson DeChambeau did not have a great showing in the third round, shooting an even-par 71 to remain at six under. But DeChambeau was at the center of the most-talked about controversy of the week.

Bryson was roundly criticized by fans and his fellow Tour pros over two videos from Friday showing his glacial pace of play. A full-on debate ignited while he was on the course Saturday, with several pros publicly calling him out on Twitter. After his round, DeChambeau responded saying he felt “attacked.” There is sure to be more developments in this story as the tournament continues on Sunday.

The round of the day on Saturday at Liberty National belonged to Brandt Snedeker. Sneds teed off in the morning and proceeded to drop five birdies and two eagles against just one bogey. When the dust settled, his third-round score read 63. That launched him all the way to 12 under for the tournament, just two shots behind Reed.

News
With his season over, a jovial Bubba Watson questions everything—and nothing at all

The final round of the Northern Trust kicks off Sunday at 7:05 a.m. ET. Patrick Reed and Abraham Ancer will tee off in the final group at 2:00 p.m. ET.