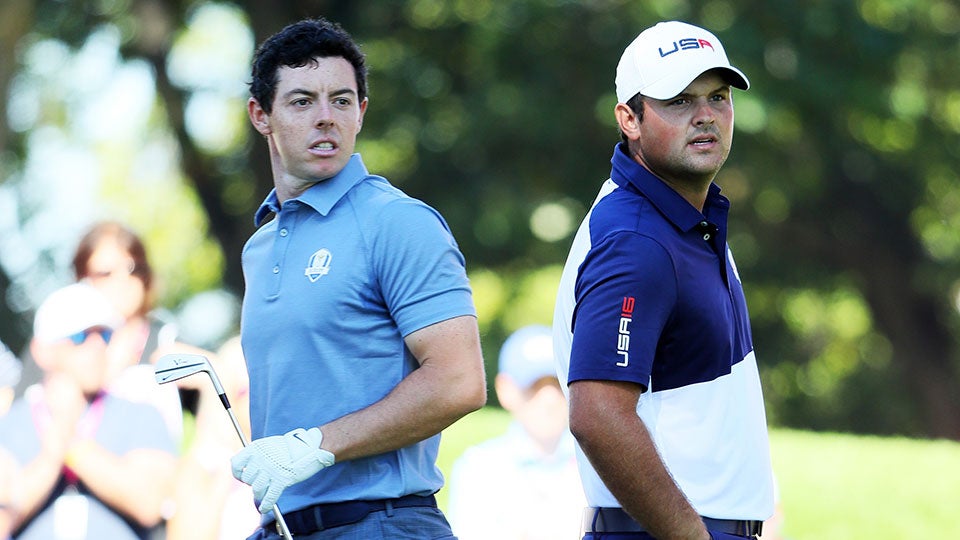 Rory McIlroy and Patrick Reed are in an epic battle at Hazeltine.
Getty Images

Patrick Reed versus Rory McIlroy was the marquee matchup of Sunday singles at the Ryder Cup, and it lived up to the hype. The duo answered each other’s birdies — and celebrations — all day, but Reed came away with a 1 up victory.

They were all square through 11 holes, but Reed took a 1 up lead with a par on 12 and birdied 16 to lead 2 up. McIlroy’s par on 17 won the hole and extended the match, but Reed birdied 18 to secure the victory.

The fireworks started early for Reed and McIlroy, who combined for eight birdies and an eagle in the first eight holes.

On the 6th hole, Reed matched McIlroy’s birdie and gave a bow, which is what McIlroy did on Friday, and then waved his finger at McIlroy who, according to GOLF.com’s Jeff Ritter, didn’t see it since his back was turned (but likely became aware of it). Then on the 7th hole, after Reed made birdie, McIlroy sank his birdie putt to halve the hole and keep the match all square. Then McIlroy turned to the crowd, paused and put his finger to his mouth to mock Reed’s trademark move, shushing the gallery. (Reed first did that at the 2014 Ryder Cup at Gleneagles.)

Then, it kept going. McIlroy drained a putt from 60-plus feet on the 8th hole, went nuts while celebrating and put his ear to the crowd and said “I can’t hear you.” But Reed answered, sinking his long putt and shook his finger at McIlroy.

You can watch the clips below, and check out the leaderboard here.

Back-to-back birdies on No. 6.

Rory and Patrick are putting on a show! #RyderCup https://t.co/D7SDoyOmMP

Rory with the huge putt.