On the Road With LPGA Commissioner Mike Whan 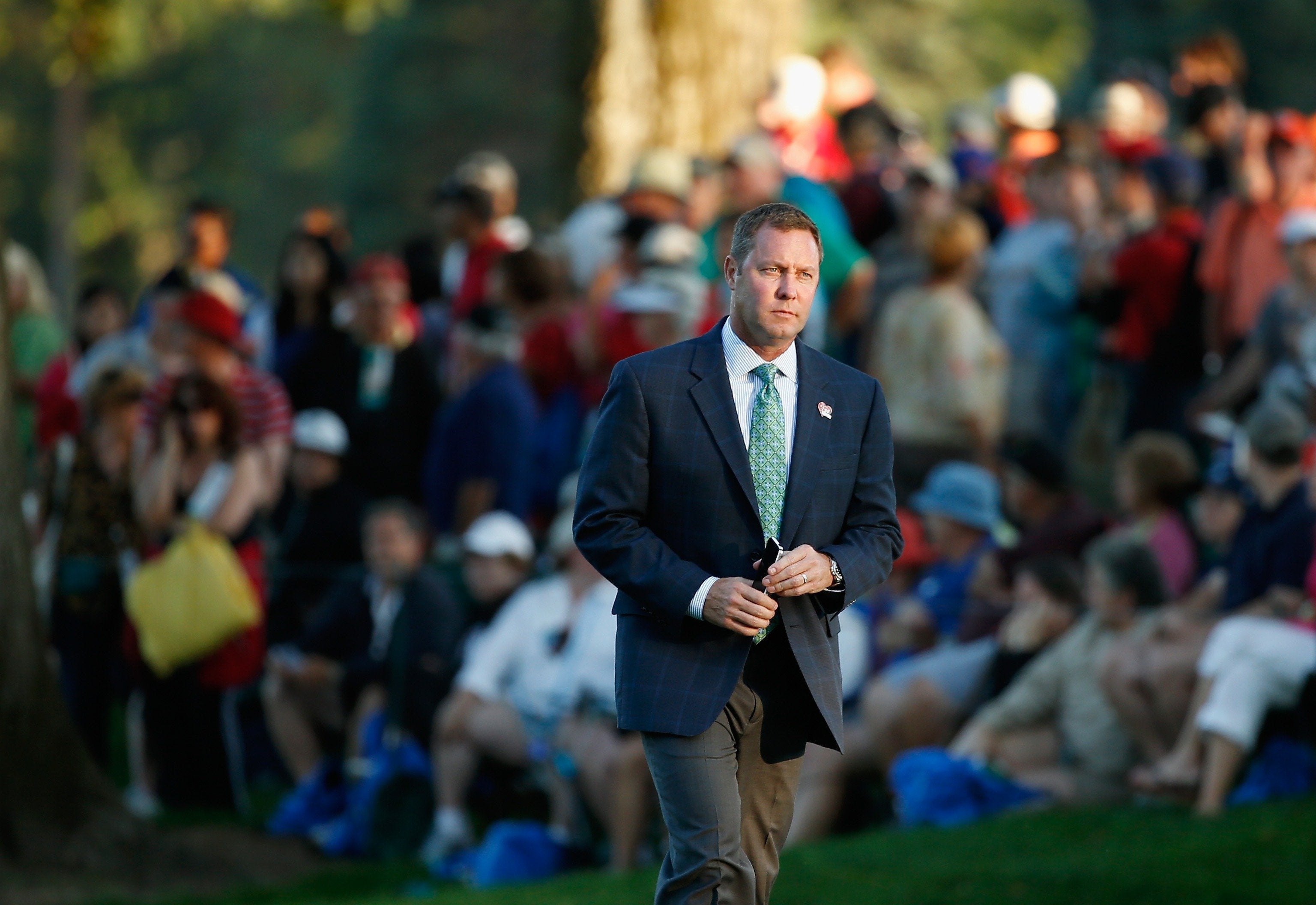 Mike Whan has served as commissioner of the LPGA since 2010.
Scott Halleran / Getty Images

How much am I on the road? I did the math recently and discovered that in 2013, I visited 15 countries and 23 states. In 2014, it turns out I did a little better. I got those numbers down to 12 countries and 20 states. This is the LPGA tour. I go where the tournaments are, and those events are not always in my backyard.

Whenever I fly, I want the jet that will get me from point A to point B the fastest, so I don’t stick with any one frequent-flier program. My friends tell me, “If you focused on just one airline, imagine all the free travel you’d have.” My answer to that is, “If you lived my life, the ideal of free travel would not be all that appealing.” When my wife asks me at the end of the year where we should go on vacation, I say, “Anywhere we can drive.”

My general rule is, don’t check bags unless you’re bringing clubs or leaving the country, and I do both a lot. I play in 20 to 25 pro-ams a year. It’s a great way to meet with potential sponsors. You know you’re going to have their attention on the course. The airlines have never lost my clubs, a fact that most players on Tour find amazing.

No matter where I’m going, one thing I always bring is memory foam. I buy it at Target and cut it into strips about one-foot wide and six-feet long. When one of those strips wears out, I move on to the next. I’ve had back surgery and I still battle back problems, and sitting for a long time on a hard surface can be tough. So I cover my seat with that memory foam and I’m much better off. I’m a big hit with the over-70 crowd. They look at my setup and say, “You know, sonny, that’s a great idea.” The under-70 crowd just thinks I’m nuts. And when you’re sitting next to Brittany Lincicome or Stacy Lewis and you roll out the memory foam, you better buckle up for abuse.

When I started this job in 2010, I used to wear a lot of LPGA logos on everything. But I stopped that pretty quickly. It’s not that I don’t like talking to people about golf. It’s just that it becomes a never-ending conversation and there’s zero chance of doing any work. The most common question people have is, “How do you become commissioner?” I don’t really have an answer for them because I don’t know. It was never etched into my career path.

On a plane, I’m an audio book guy. Just plug it in and listen. But I’ve also gotten addicted to the one-hour series. I started with Breaking Bad, moved onto Newsroom, House of Cards, Game of Thrones. You watch a movie on a long flight and it can be depressing. The movie takes about an hour and a half, and when it’s over you still have another 12 hours in the air. But you watch a season of Breaking Bad, that just flies by, and when it’s over, you’re ready to land in Sinagpore.

My worst travel experience wasn’t really scary. More embarrassing. This was before I was commissioner. I’m a diet soda fanatic, and I had to take a 6:30 a.m. flight out of California to Montreal, through Chicago. The day before, I’d umpired my son’s Little League game and played a hockey game that night. Before getting on the plane, I guzzled maybe three big Mountain Dews and passed out as we were taxiing in Chicago. I woke up to the sound of the captain saying, “We’re going to pull back to the gate so we can address this medical emergency.” I’m looking around to see where the medical emergency is when these guys in medical suits come in and strap me on a gurney and start wheeling me off. I’d sweated through my clothing and the woman sitting next to me said that I’d passed out and was shaking.

I told them there wasn’t anything wrong me but it didn’t matter. I was blackballed. They wouldn’t let me back on the plane. I spent the next 24 hours at a hospital getting a battery of tests. Meanwhile, my cellphone was in my luggage, which at that point was probably circling around the baggage carrousel in Montreal, so I couldn’t get a hold of my wife. When I finally did reach her, she was pretty darned worried since the last thing she had heard about me was that I’d been taken off the plane 12 hours before for a medical emergency. The only reason the story is funny is that there was nothing seriously wrong, except the only one who knew it was me. Turns out I was clinically dehydrated. The experience didn’t get me to give up diet soda. But my wife did make me promise that I have one full bottle of water with every soda I drink.

TAKE IT FROM ME…

Favorite airport: Incheon in Korea is great. It’s easy to get through and set up well for business. From the States, I try to fly out of Atlanta. The international terminal is new and clean and super wide, with a ton of seating, so there aren’t a ton of people crammed into a room waiting.

Least-favorite airport: LAX and Chicago. On international flights, you’re often stuck standing in waiting areas in the middle of a huge crowd of people.

Jet-lag cure: Change your watch before you leave. You change it, and that’s your new time, right then and there. Don’t wait until you arrive to start adjusting.

Sleep aid: As most of the players on the LPGA tour know, if you need a Tylenol PM, I’m your guy. They say it’s not addictive, but I’ve never stopped long enough to find out.

Coolest place I’ve visited: My first year as commissioner, I traveled all around the world and saw almost nothing beyond the golf course. Now, I’m committed to seeing something new everywhere I go. In China, I visited the Great Wall. I stopped in Israel to visit a friend and went mountain biking outside Jerusalem and went to the Dead Sea. It was surreal. When we were in Australia last year, I think I was the only person from the LPGA tour who you could have found walking through the Melbourne Zoo.

One place I’d love to get to: We were on Hainan Island in China recently, and on a charter flight from there to Taipei, a few of the players were talking about going to Bali. So I got online to check it out, and thought, ‘Wow, this Bali sure looks nice.’

— As told to Josh Sens