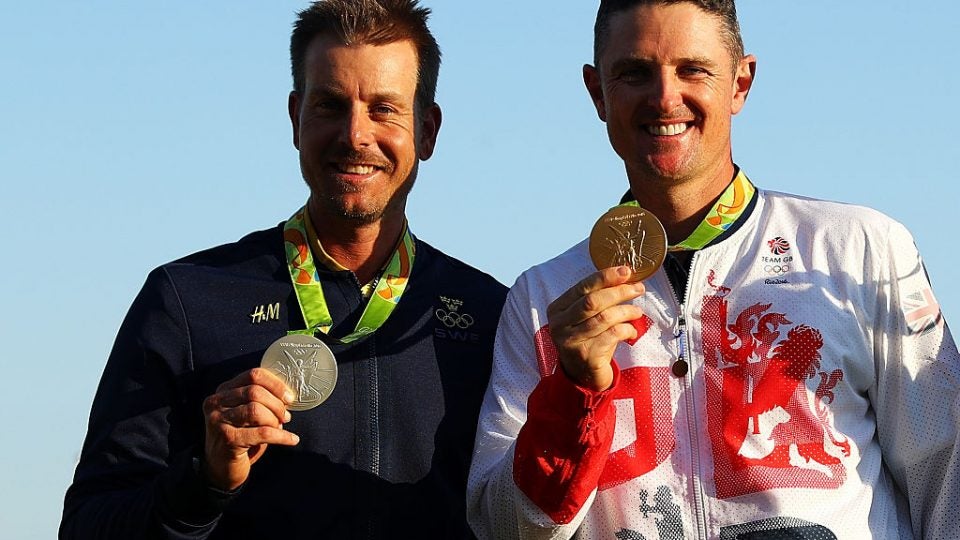 during the final round of men's golf on Day 9 of the Rio 2016 Olympic Games at the Olympic Golf Course on August 14, 2016 in Rio de Janeiro, Brazil.

The IOC announced on Friday that golf would be one of the sports included in the 2024 Olympics. Golf had initially only been guaranteed a spot in the Olympics in 2016 and 2020. The 2024 Olympics will take place in either Paris or Los Angeles, with both cities vying for the opportunity to host.

Golf’s return to the Olympics in 2016 in Rio de Janeiro after a century-long absence was at first plagued with publicity problems–and troubled by players who did not want to make the trip to Brazil for the games, many citing the threat of the Zika virus. In the end, the event was successful at raising golf’s profile on the global stage, and it made for good television, too. Henrik Stenson and Justin Rose battled for the men’s gold medal, and Inbee Park nabbed an unexpected victory in the women’s competition.

Golf will next appear in the 2020 Olympics in Tokyo.