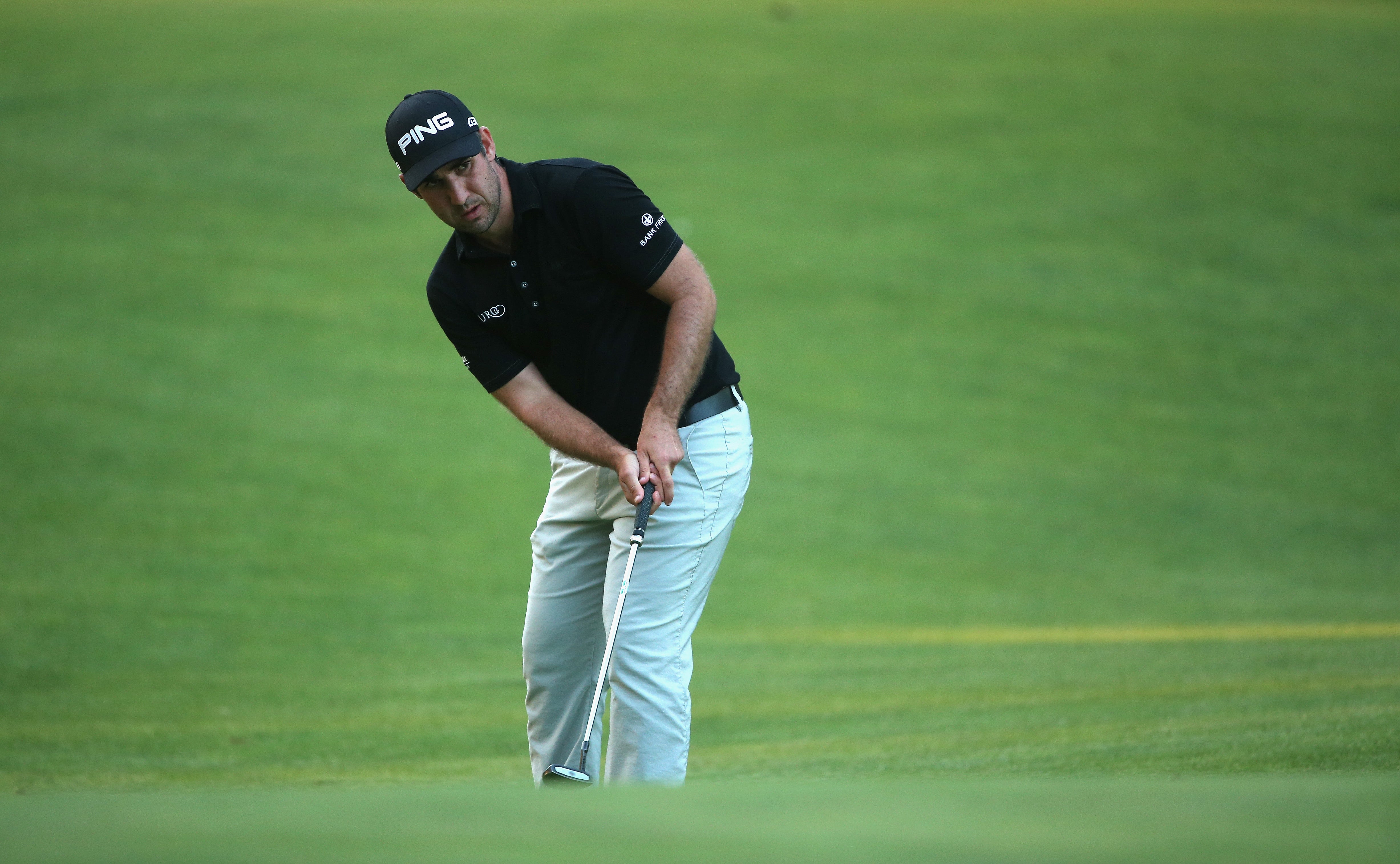 Oliver Farr in action during the second round of the Trophee Hassan II in Morocco.
Andrew Redington / Getty Images

AGADIR, Morocco (AP) Welshman Oliver Farr missed the chance to take the outright lead at the Trophee Hassan II on Friday after making a bogey on the last hole, and was in a four-way tie after a 4-under 68.

Farr had four birdies on the back nine to share the lead with Scotsman Richie Ramsay, Spaniard Rafa Cabrera-Bello and Australian Richard Green at 6-under 138.

Ramsay surged up the leaderboard with a 66, while Cabrera-Bello had five birdies and two bogeys in his round of 69. Green shot a 70.

South African George Coetzee, who needs to win to reach the Masters in two weeks, is in a group of five players who are a shot behind the leaders.

Overnight leader Adrien Saddier of France tailed off after making a 77 and is four shots behind the front four.

Englishman Daniel Gaunt, who was one shot behind Saddier at the start of play, fared even worse with an 82 featuring seven bogeys and two double bogeys to drift way out of contention.

Veteran Jose Maria Olazabal, a two-time Masters champion with 23 European Tour wins, also had a bad day. The 49-year-old Spaniard had five bogeys and a double bogey in a 76 to drop out of contention at 1 over.