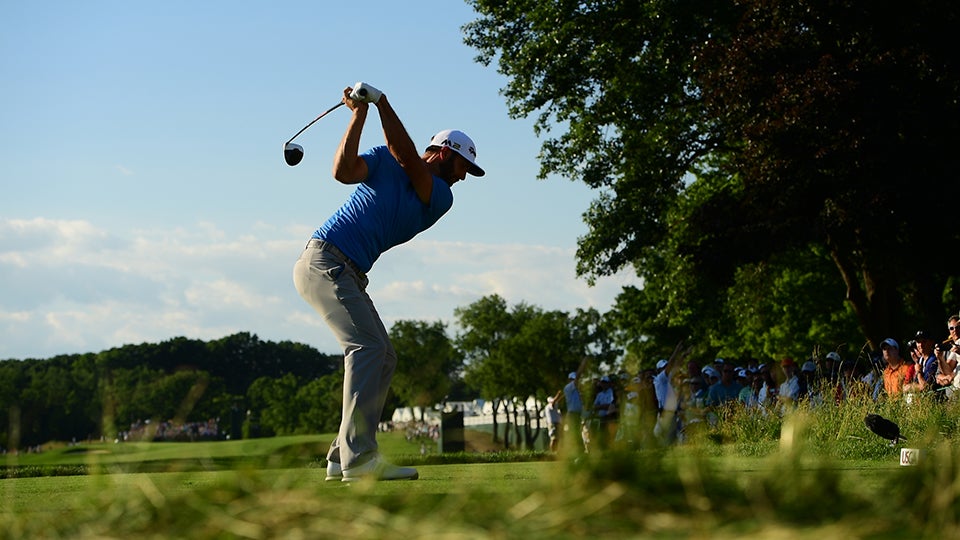 Dustin Johnson winds up on the tee during Round 2 of the 2016 U.S. Open
Robert Beck

A new film from the USGA about Dustin Johnson’s victory at the 2016 U.S. Open at Oakmont will premiere on Thanksgiving day at 3 p.m. EST on Fox.

The movie, called “2016 U.S. Open: DJ’s Major Redemption,” follows Johnson’s trajectory through the tournament and charts his frustrating previous attempts to capture a major championship, including that near-miss at Chambers Bay in 2015.

“Dustin exhibited all the characteristics of a true U.S. Open Champion — his professionalism, skill and endurance throuhg so many challanges — and we couldn’t be more proud of him,” USGA president Diana Murphy said in a press release about the film.

The film promises to include exclusive interviews with Johnson, Shane Lowry, and Andrew Landry, the unexpected contender who grabbed the lead after the first round.

You can watch the USGA’s trailer for the film here.