Need A Break From Your Clubs? Try Fling Golf! 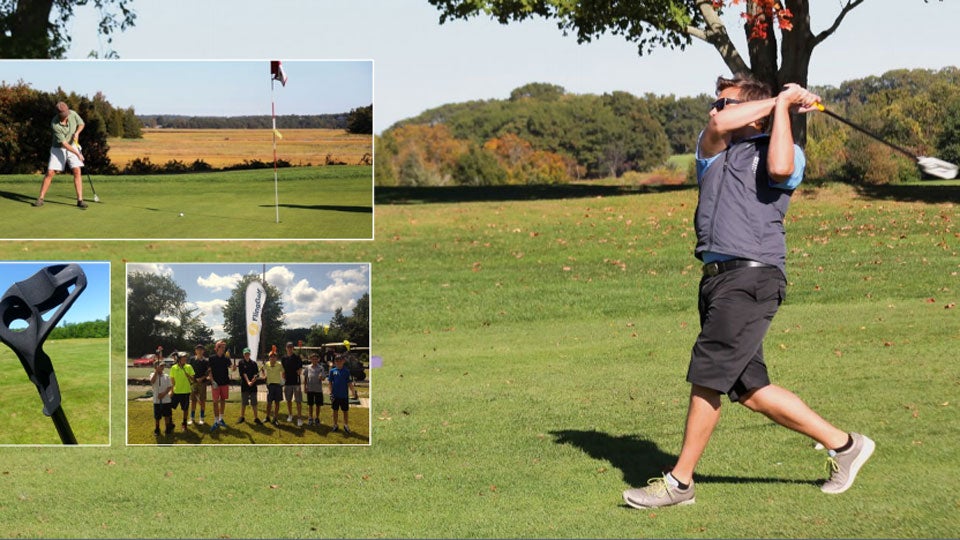 While playing Fling Golf, you can ditch the driver and lose your slice at the same time.
FlingGolf.com

Some refer to golf as a cruel mistress. Alex Van Alen sees it as a casual fling.

That relaxed perspective has given rise to a new golf hybrid. Foot golf, Frisbee golf, speed golf and now…FlingGolf anyone?

Van Alen, 47, is the father of this cross-pollination, which, as its name suggests, transforms golf into a simple, active verb.

Using a carbon-fiber stick with a cupped head on one end, players fling a golf ball from tee to green. No shanks. No skulls. Just plain old-fashioned tossing, with a tool and a technique that call to mind lacrosse, a sport Van Alen played as a kid growing up in Pennsylvania.

As an adult, he’s shown a certain fondness for less mainstream pursuits, having served as the CEO of a company that helped bring the first sled-dog race to eastern Massachusetts in 30 years.

Trying to popularize a new sport is heavy sledding, too.

But Van Alen started making serious progress in 2014 when he tested out a FlingGolf prototype at three Massachusetts courses, whose operators, he notes, greeted him “first with a chuckle, then with curiosity, then with a helping hand.”

More than 100 clubs around the country have since signed on, offering FlingGolf as an option to their patrons, who pay standard greens fees along with a FlingStick rental fee.

Among the latest to enlist is Genesee Valley Golf Course in Rochester, NY, which started stocking FlingSticks a few weeks ago.

Genesee Valley general manager Andy Myers says that a skilled player can fling a ball 150 yards or so (the FlingGolf website is more encouraging still, promising that a player who drives the ball 220 yards can likelyfling it about 170 yards).

Not that he’s met a lot of skilled fling golfers.

“It’s easier to pick up than golf,” Myers says. “But it’s not something you master right away.”

Seasoned lacrosse players appear to have natural advantage, Myers says, as do those who have the patience for a new approach to putting. In FlingGolf, you roll your rock by pushing it with the side of the FlingStick’s cupped head.

Aside from being fun, Myers says, one of FlingGolf’s strengths is that a player can enjoy it in a group with actual golfers.

“We hope to get to a point where we’ll have a foursome with someone playing golf, another playing FlingGolf, someone else playing foot golf and so on,” Myers says. “From our perspective, anything that gets more people on the course is great.”

FlingGolf is the fun alternative to golf from FlingGolf on Vimeo.