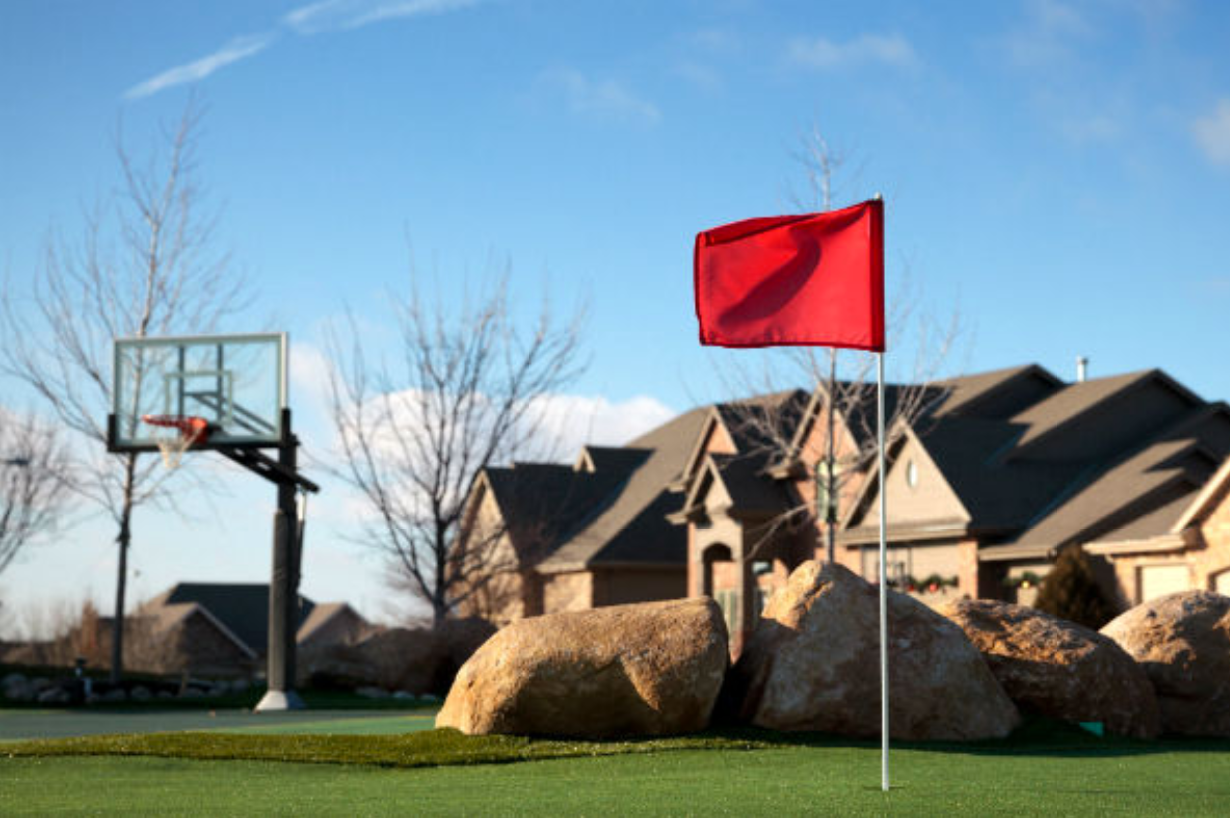 One man's dream backyard is another man's nuisance in Elkhorn, Neb.
Omaha.com

If you could have anything in your dream backyard, what would you put in it? A pool? A basketball net? Maybe a putting green? What about all three?

That’s what an Elkhorn, Neb., man did, and now he’s fighting to keep it; Eric Marsh is appealing to the Nebraska Court of Appeals to let him keep his backyard dreamland, which includes a pool, a half-court basketball court and mini golf course — complete with tee boxes and a mini bunker.

Marsh posted a $5,000 appeal bond, essentially barring any change in his property until a ruling is made.

According to a story on Omaha.com, Marsh purchased two adjacent lots in the Fire Ridge subdivision in 2006. Typically, homeowners were required to build a home on purchased lots, but Marsh and “about six other homeowners” were granted permission to use the lots as extra yard space, provided they constructed sidewalks, a sprinkler system and planted sod on the extra lot.

With that extra space, Marsh set to work on building his backyard oasis. Complaints from other homeowners and the homeowners association started rolling in when residents questioned whether the space “belonged in the neighborhood.”

“The quality of the workmanship is not in question,” homeowners association president Mark Ringsdorf said in an interview with Omaha.com. “I don’t think there’s too many people who don’t think it’s pretty cool.”

For his part, Marsh insists he strictly abided by the board’s outlines, except for what he refers to as “one minor oversight” — his landscape architect mistakenly listed “trees” instead of “tee boxes” at the side of his yard.

Ringsdorf said he tried to settle the matter with Marsh outside of the courts, but with neither side backing down, squabbling led to a series of lawsuits filed between Marsh and other homeowners. Eventually, the homeowners association sued Marsh, saying “he was defiant, didn’t follow his own plans and didn’t heed neighborhood covenants in building his dreamland.”

As for Marsh? He’s insistent on keeping his backyard escape just the way it is.