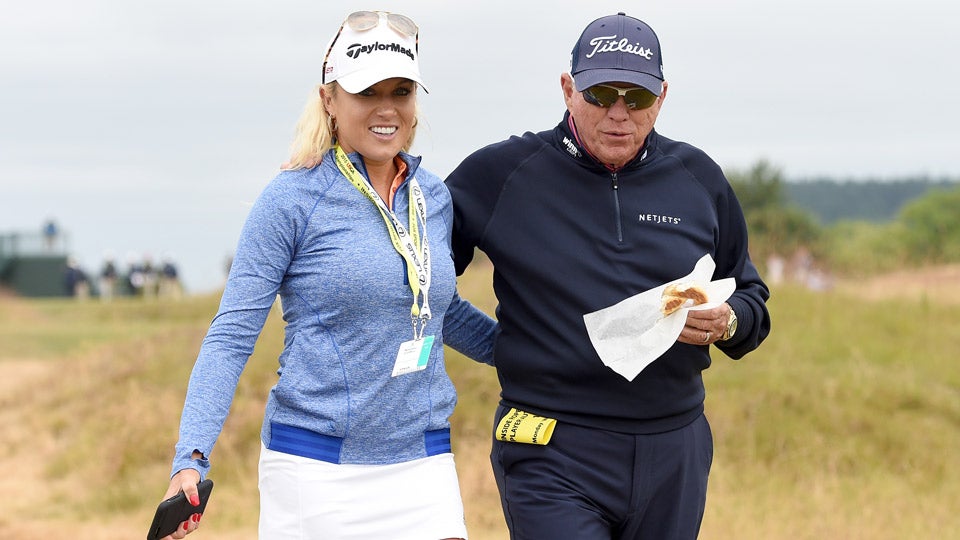 In one of the first rounds of my rookie season on the LPGA tour, I was grouped with Beth Daniel and Kelli Kuehne, two respected veterans I admired. I was 18 and wanted to be good playing partner. At one point I asked them, “Is my pace of play O.K.?” Kelli didn’t hesitate.

“Maybe you should stop lining up six-inch putts!” she snapped. “You need to pick it up.”

I have never forgotten that.  I appreciated the honesty.

In many ways, life on the LPGA tour has never been better than it is today. We play for more money than ever before. The cities and countries we visit are fantastic. We train hard and live healthily. Things are good.

But slow play has become an epidemic, and it’s my least favorite thing about playing on tour.

I’m about to begin my 16th season on the LPGA tour, and I consider myself a fast player. Last year in our opening event in the Bahamas, I made the cut on the number and played early the next morning without a partner. I remember reaching the 14th hole in two hours and having to wait on the mowers. That may sound extreme, but I wasn’t rushing—I was prepared, and I walk fast. If you ask any of my fellow tour pros, I doubt you’d get a single complaint about my pace.

So what has happened to pro golf? A few things. One is out of the players’ control: Courses have gotten longer and more difficult, and that can bog things down. Many of the resort courses we play also have longer walks—and sometimes cart rides—from greens to the next tee.

But the biggest change stems from the players themselves. These days many pros have a swing coach, a health coach and a psychologist in their inner circle. Players are taught elaborate preshot routines that emphasize slow, meditative movements in an effort to make all shots feel similar regardless of the situation, or pressure. That concept makes sense—if the routine lasts 30 to 45 seconds. But too many routines run long, and once a player has to stop and reset, it becomes tedious.

It’s not impossible for slow players to overhaul their pre-shot routines. Anyone remember Sergio Garcia’s infamous waggle? His routine was a mess, but those preshot twitches are gone, and he’s playing some of the best golf of his life.

One other recent change: Caddies talk more, and sometimes they line up their players. I hate that, but I do it because I tend to aim too far right. (I play fast enough, so it isn’t an issue.) I wouldn’t mind if the tour made caddie alignment illegal.

Last year the LPGA handed out a grand total of four two-stroke penalties for slow play. (The PGA Tour didn’t hand out any.) Obviously, this is not enough. When the USGA launched the While We’re Young campaign a few years ago, many of us thought it might spark real change. Slow play isn’t just aggravating for faster players—it’s important for TV that players make their times. And fans obviously suffer when rounds drag on.

So what to do? First, walk faster. But I’m also in favor of players on every tour getting penalized strokes for slow play. Recently Jordan Spieth was hit with a “monitoring” penalty in Abu Dhabi after he took more than 40 seconds to line up a putt. That makes it sound as if the European tour is cracking down, but if Spieth had been cited a second time, he would’ve been hit with … a fine of about $2,800. I like Jordan, but come on—three grand isn’t going to make him, or any other tour pro, think twice. But two shots on the scorecard? That would get everyone’s attention.

Here’s something we’ve been doing for the past couple of years on the LPGA: On a message board in the locker room, alongside course conditions, and weather reports and pro-am party announcements, is a list of players who have been put on the clock over the course of the season. I’m not ready to call that “shaming,” but I wouldn’t want to see my name on that list. It’s a start.

And here’s a tip for anyone who plays golf with me in a pro-am or a casual round: You don’t have to play perfectly, and it won’t bother me if you hit bad shots. I just want you to be fast and have a good time. That’s it! Slow golf isn’t fun for anybody.

Natalie Gulbis won the 2007 Evian Masters and is three-time member of the U.S. Solheim Cup team.