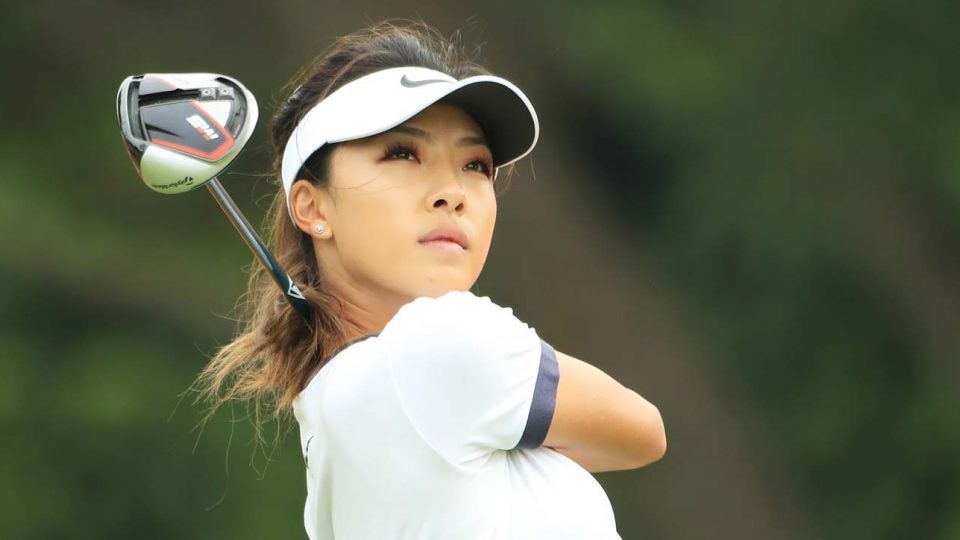 Muni He is already a star, with over 250,000 followers on Instagram.
Getty Images

A marathon of tournament golf that spanned two weeks came to an end on Saturday afternoon, as 45 players claimed the ultimate prize: LPGA Tour membership.

After eight rounds, 20-year-old Muni He was three shots clear of the field at 21 under par. The former University of Southern California player was a LPGA rookie this season after earning her Tour card through last year’s Q-Series, but her best finish on Tour was T27 at July’s Dow Great Lakes Bay Invitational, and she earned just $33,315 over the course of the season.

But He’s performance at this year’s Q-Series was commanding. She was 21 under par for eight rounds, and never shot higher than 71. The score is especially impressive when you consider the fact that only four of the 45 qualifiers reached double-digits under par.

The spotlight shines especially bright on the Chengdu, China-born He, because she has attracted a huge amount of interest via her Instagram account, which boasts 254,000 followers — that’s more than top American players Jessica and Nelly Korda combined.

Now, with this performance behind her, He will have another full season on Tour to showcase her talent.

For 35-year-old Kim, who finished T24 at one over par overall, earning her status back was especially poignant. She was visibly emotional in a live video she shared on Twitter after the round.

“It was horrifying, and it was horrible, and it was wonderful, and it was such an incredible test of golf,” Kim says of the Q-Series experience. After thanking her supporters, Kim’s face crumbles as she says, “This s—‘s been hard. It’s been a really, really tough couple of years. This is such an amazing feeling. I didn’t think getting my card back from Q-Series would feel as good as it did, because I spent a lot of time sort of feeling like I wasn’t deserving, I wasn’t good enough.

“You guys are going to be in store for some pretty amazing golf,” Kim continues. “Not necessarily from me, but this class of players coming in through Q-Series are some freakin’ rockstars.”

Kim has been playing on the LPGA Tour since 2003 and has three career victories, the most recent being the 2014 Lorena Ochoa Invitational.