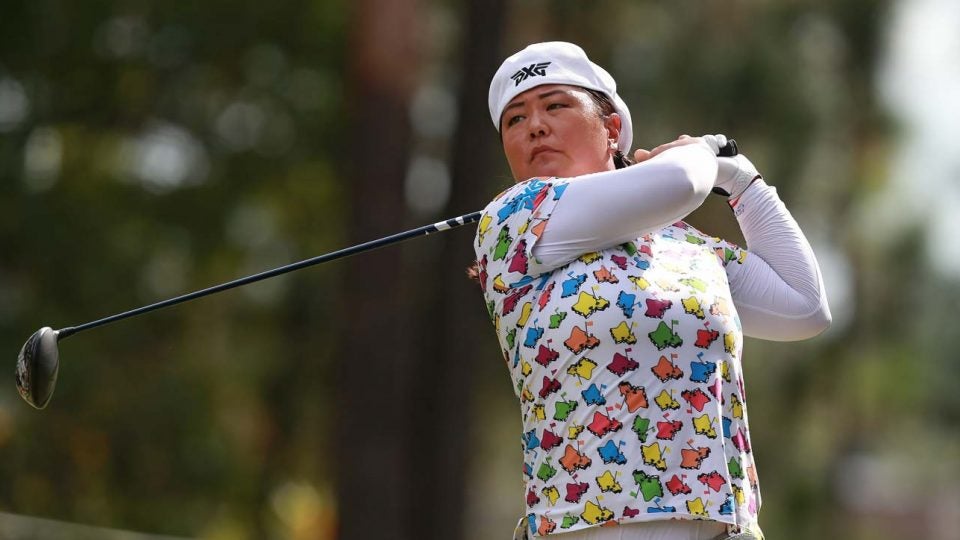 Long-time LPGA pro Christina Kim has never been afraid to speak her mind, but in a fascinating, at times cryptic, series of tweets Thursday and Friday she revealed that her decision to report a fellow pro for a rules violation made her fearful that it might cost her a friendship.

Kim didn’t say which player was involved or what the infraction was. She is currently playing in the LPGA Q-Series, an eight-round qualifying tournament in Pinehurst, N.C., that will grant 2020 LPGA status to the top 45 finishers and ties, but it wasn’t clear if the incident even occurred at this event. “This could have happened last week, last month, last year,” Kim tweeted.

At press time, an attempt to reach Kim for more details went unanswered, but based on what can be gleaned from her lengthy Twitter thread, two things are clear: enforcing the rules is a matter Kim takes very seriously, and the decision to report the infraction caused her considerable consternation. The thread was also illuminating in that it shed light on the emotions players feel when deliberating whether to protect the field, a phenomenon that is unique to golf.

Naturally, Kim’s followers were curious to what incident she was referring. When some of Kim’s followers started to engage with her, Kim revealed that she had witnessed a breach of the rules.

I calmly stated what I saw to the official, which was CONFIRMED by the people in question. The rules committee then went and had a discussion amongst themselves and contacted each of us afterwards with the verdict. Don’t try to speak to me about the truth when you weren’t there. https://t.co/6BodbiYF08

When Kim was pressed for additional details, she referred to the incident as an “innocent mistake,” but again reminded her followers that it all could have been avoided if the player in question had simply known the rules.

Why? I’m not a gossip. It was an innocent mistake that was made, but just as Mount Everest was the tallest peak in the world prior to its founding in the 1850’s by Andrew Waugh, not knowing the rule doesn’t mean it doesn’t exist. https://t.co/SRrb77o3BX

Kim went on to explain that providing details could “quite unfairly” paint the player in question in an “unsavory light.”

Apologies if that sounded like a barb. But regardless of anyone’s curiosity, going into detail is unnecessary and could quite unfairly put some people into an unsavory light. It was innocent enough and I don’t need people thinking anyone involved could be considered a cheater. ❤️ https://t.co/yrcoRduTPY

The thread continued into Friday, when one of Kim’s followers chided her for turning in a fellow player.

Sure, you can view it that way. I saw it that I was protecting the other 95 players in the field, but different strokes for different folks, I guess. 🤷🏻‍♀️ https://t.co/zB5OuvT9aR

When another follower commented that reporting a fellow player is a tough thing to do, Kim revealed that it was, in fact, a trying decision for her.

You’re telling me. Took me a long time to come to terms with being ok with it. But the more I thought about it, the fear of losing a friend gave way to irritation that more people don’t know the rules. It hurt a lot for everyone involved, myself included. I just chose to refrain https://t.co/mSJmKoPN7W

from mentioning my own feelings so as to not muddy the waters. It ultimately is not about me. It’s not about ANY one individual. The rules are impartial and I felt I needed to act the same. I’m now a pariah to many of my peers but the right thing doesn’t care about my feelings🤘🏻

There was a way this could have been avoided-know the rules. ABSOLUTELY NO ONE was trying to cheat. Without rules and laws we fall into chaos. It’s our duty as golfers to know them. There was nothing but love and compassion in this whole ordeal. IT SUCKED FOR ALL INVOLVED, ME TOO

1. If it’s happened to someone close to you, I empathize getting defensive and lashing out.
2. We were also all taught snitches get stitches.
3. Some people don’t see a mistake as an infraction. https://t.co/2mKXXkF5Ix

4. Because it sucks for everyone. I had to sit on this with a pit in my stomach for three hours because I didn’t want to bring this up. It affected everyone and sometimes people forget that.

Kim declined yet another plea for details of the infraction, saying to do so would be akin to gossiping.

Mostly because I think divulging the details of the infraction is gossiping about someone I respect and wish nothing but the best for. Any infraction is an infraction. That’s what this all means. The minor details don’t really matter. Hope you understand where I’m coming from. ❤️ https://t.co/v6OztZidyS

But... this has nothing to do with that. I’m not sharing because i respect the other players enough not to. I’m viewing it differently than you is all. I’m focusing on something different from you I think. Which is okay! Have a great night and bless your heart! 🐴🎩 https://t.co/S5vuGCHRUM

So there you have it. It’s an intriguing situation to be sure, but it appears Kim is adamant in her decision to not divulge any more details. She also has more important things on her mind, as she’s currently T-28 heading into the eighth and final round of the Q-Series.